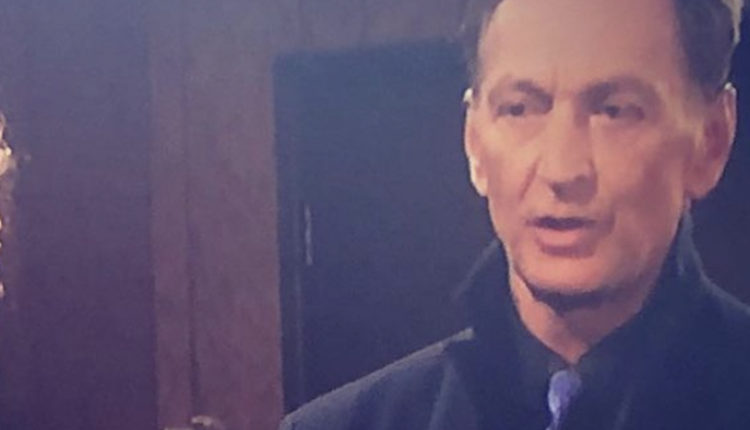 ‘Days of our Lives’ (DOOL) spoilers find that Ivan is back to cause trouble In Salem. But who is the man blackmailing Dr. Raynor (Victoria Platt) into stealing Eli Grant and Lani Price’s (Lamon Archey and Sal Stowers) newborn twins?

For those who haven’t been following ALL the going-ons in Salem over the past 50 + years, Ivan Marais may not be such a well-known face. Just reading his occupations in the Days of our Lives Wiki proves it’s worth doing a deep dive on this character.

Ivan Marais has been known to Salemites since 1992, and boy, has he stirred some trouble in those 3 decades. Plotting Murders! Covering up murders! Burying people alive! Busting people out of mental institutions! Helping Stefano DiMera (played by the late, great Joseph Mascolo) flee to Paris! Participating in a Vegas weddings (it was more reprehensible than it sounds.)

But Ivan had good reason for all these dastardly deeds–his love for Madame, a.k.a Vivian Alamain (newly recast to Linda Dano).

Now Ivan is back at it again. Thursday’s episode identified Ivan as the middle man in the kidnapping of Lani and Eli babies. This leave no doubt in viewers minds- this is Vivian’s revenge for Lani shooting and killing her beloved son, Stefan O. DiMera (Brandon Barash).

Linda Dano will be making her first appearance in Salem as Vivian soon. With such soap royalty stepping into the role (think As The World Turns, All My Children, Another World, One Life to Live and General Hospital) it seems Vivian may hang around Salem a little longer than her past appearances. What does that mean for Vivian’s most loyal manservant and partner in crime?

Ivan has also done his share of stop-bys since being written out as a regular character in 2000. Who could forget when he returned, now a wealthy Bollywood producer (but of course) to whisk Vivian away to star in his next feature film?

The next time we saw Ivan he had caught the acting bug himself, pretending to be Vivian’s lawyer after she was arrested for Lani’s attempted murder. But the big shock was Ivan’s reveal. Jake Lambert (also Brandon Barash) wasn’t Stefan with amnesia, he was the identical twin Vivian was unaware she’d ever birthed. This show is the best!

At this point in time, Vivian is believed dead after faking a heart attack so Salemites, especially Lani and Eli will be shocked when it is revealed that Vivian is behind the kidnapping of their newborns. How long that will take is anyone’s guess. Until then, Ivan will go from Bollywood big-wig to babysitter. Time to update the occupations section of his profile!

Watch Ivan’s diabolic doings in Salem when Days of our Lives airs weekdays at 1pm ET on NBC.

‘Keeping Up With The Kardashian’ Spoilers: Kim Kardashian Is Totally Over Kanye West’s Drama