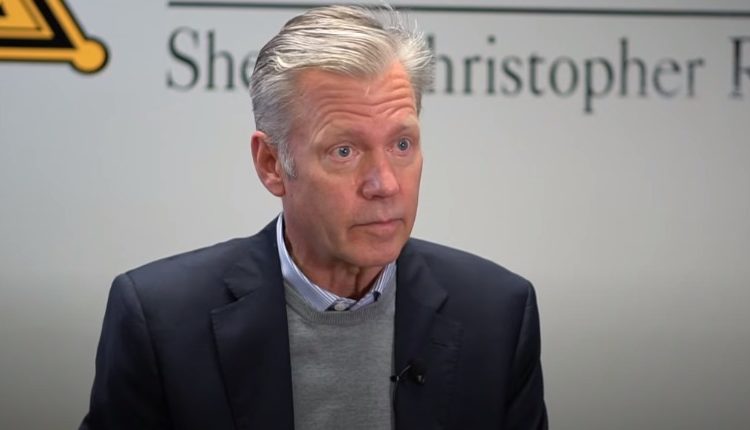 Chris Hansen has returned to pedophile busting with his new series ‘Have A Seat With Chris Hansen’, and has already interviewed three potential predators in Genesee County Michigan. It’s similar to his style from NBC’s ‘To Catch A Predator’, however, the latest episode has viewers divided.

Normally, we see these predators as adults over 25 years old, and a variety of them people don’t show remorse for. However, in this episode, the story is different. Take a look at the episode below and see what’s causing division amongst viewers.

“In the second episode of a return to catching predators, Chris is embedded with the Genesse & Shiawassee county Sheriff’s office. The GHOST team conducted a one day operation to catch predators seeking out children online. In this episode Chris meets Shawn from Michigan.”

The boy (man) is 18-years-old, and while technically an adult, the issue with viewers is that these two could be in the same school together, (a senior and sophomore/freshman). In fact, a 3-year difference doesn’t when you’re between 14-18, or highschool age, has many viewers believe that this kid should not be punished in this particular case.

“The age gap between Chris and his wife is probably bigger than the guy and the decoy’s”, “This “predator” is younger than most of the decoys were on TCAP.”, “I’m a huge TCAP fan, but I don’t like this one. They could literally be in the same class. 18 and 15? A Highschool senior and sophomore.”, “Go after real ones. Like seriously, you arrested a high schooler” and “He’s the first “predator” that Chris has caught that I actually feel sorry for. He’s still baby”.

This case does seem like it should have been handled differently from the other adults, and the age gap taken into consideration. Though, at the end of the day, he is a legal adult.

What do you think? Should this be handled differently from any of the others? Let us know in the comments below.

Chris Hansen: The Once Great Television Journalist Continues To Fall Into Obscurity…