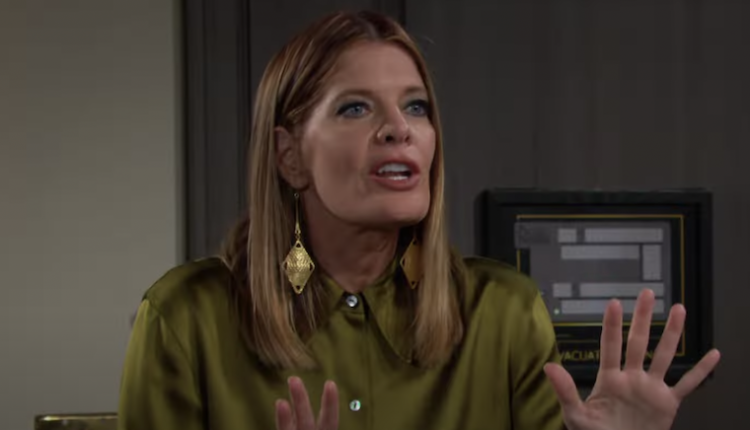 CBS ‘The Young and the Restless’ Spoilers: Nikki Worries about Nick and Victoria; Phyllis Encourages Kevin Towards his Dark Side

CBS ‘The Young and the Restless’ (Y&R) spoilers are all set for a new week, and it looks like Genoa City knows how to kick things off in style.

There’s plenty of the usual drama unfolding in the Newman family, and it looks like Victoria Newman (Amelia Heinle) and Nick Newman (Joshua Morrow) ae going to start heating up.

Not that it’s a surprise as their skirmish was bound to catch someone’s attention, and with Victor Newman (Eric Braeden) occupied elsewhere, Nikki Newman (Melody Thomas Scott) will step up.

‘Young and the Restless’ were bound to find some juiciness in this episode, and it’ll come courtesy of Phyllis Summers (Michelle Stafford).

Phyllis is always a fun character, and now that she’s going to be trying to convince Kevin Fisher (Greg Rikaart) of the possibilities and joy of going back to his older ways, we expect plenty of fun ahead.

CBS ‘The Young and the Restless’ Spoilers For January 11: Family affair

One constant in Genoa City besides death and taxes is the Newmans will always find a reason to quarrel among themselves, and this time Adam Newman (Mark Grossman) has nothing to do with it.

Victoria has been acting like a bull in a china shop in some matters and a thief in the night in others. The fact she did both to Phyllis still doesn’t sit well with Nick.

He’s been polite and asked her to tone it down several times, and her refusal has now force Nikki to get involved.

Nikki’s been through her share of Newman wars, among the family and otherwise, so she has a few tricks up her sleeve.

It’ll be interesting to see what she tries here since reason hasn’t worked lately.

CBS ‘The Young and the Restless’ Spoilers For January 11: We have cookies

Thanks to Gloria Abbott (Judith Chapman), Phyllis has the means to bring Victoria to her knees and all she needs is a little help from Kevin.

Kevin’s done a great job of cleaning his life up and walking the straight and narrow, but his skill set is way too tempting for Phyllis to pass up.

Especially since he’s the one that gave her the information Gloria stole.

We expect Phyllis to pull out all the stops to get Kevin to return to his dark ways even if it’s just for a couple of days, and we can definitely see the enticement it’ll hold for him.

There are bigger problems here for both of them and Kevin may be the only one thinking of it at the moment, but will he refuse for lone?

Let us know what you think Kevin will do below, and check back with ‘Young and the Restless’ for the latest updates, spoilers, and speculation around. Don’t forget to visit TVRocker for all of the latest exciting news on all of your favorite daytime television soaps.