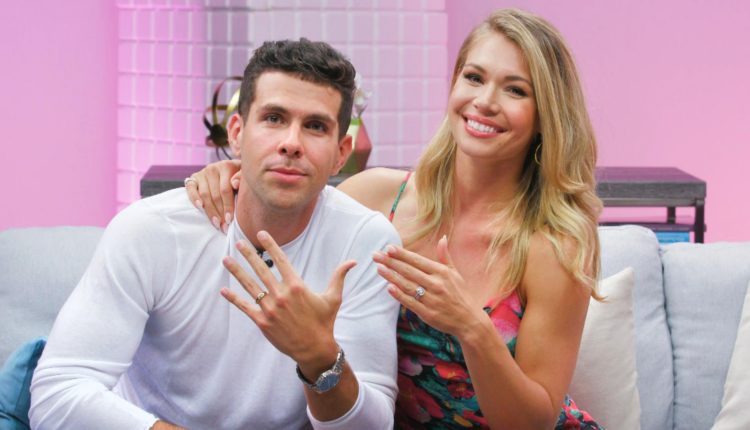 Krystal Nielson and Chris Randone are longer an item after having finalised their divorce. The news came shortly after Krystal moved in with her boyfriend, Miles Bowles.

‘Bachelor In Paradise’ Spoilers: Krystal Nielson And Chris Randone Have Finalised Their Divorce

In an official statement released to Us Weekly, their mediator said:  “Krystal and Chris had a peaceful and cooperative dissolution of marriage that was finalized on December 22nd. “They were and are very amicable and went through the process with ease and grace with an emphasis on healing and moving forward with positivity.”

The couple had been married for less than a year and this was on the cards as the two revealed. When issuing a joint statement to Bachelor Nation, they said: “Never did we imagine this scenario, but we’ve come to a point where we both need to work on ourselves.”

And for Chris, it was a major shock as he had hoped to settle their differences as opposed to getting a divorce. When speaking about the divorce paperwork, he told Us Weekly: “It’s a crazy process, even though I’m still legally married, you know, it’s something that is a memory now.

“But here’s the interesting thing: I look at this as, like, a moment of gratitude and I know that’s probably crazy for anyone to hear this, but you know, you always got to come from a place of love and compassion. There are just things in life that you can’t control.”

But by the sounds of it, this is all a distant memory for Krystal as she prepares her new life with Miles. The couple have barely been together after having announced themselves as a couple in October 2020. Soon after, Krystal got pregnant a month later with the news of a baby girl.

Added to that, they have just recently moved in together. She told her fans on Instagram: “While it may not seem as big of a deal as a baby on the way … it’s an important stepping stone in ANY relationship and deserves a moment of celebration.“And I HAD to let you, my IG Fam, know!!”

Things do not seem to be slowing down. Let us hope it does not end up being a car crash. If you enjoyed reading this article, then make sure you check out our other features on the Daily Soap Dish. Please also visit TVRocker for all of the latest exciting news on all of your favourite daytime television soaps.