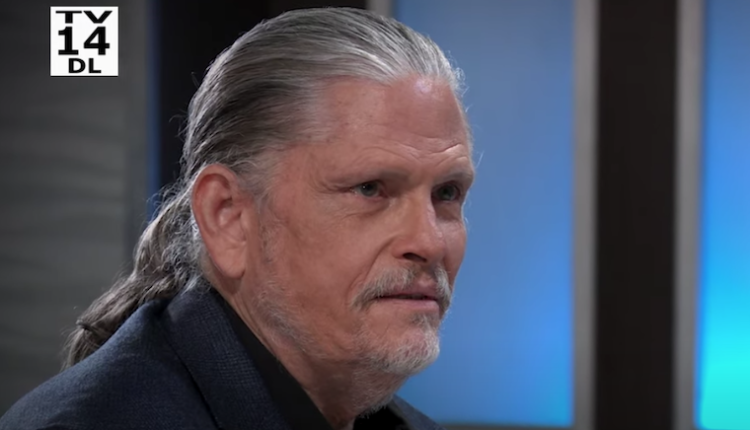 ‘General Hospital’ spoilers reveal we might see some conflict over Cyrus Renault (Jeff Kober), but it’s not actually involving him. Plus, we have Cameron Webber (William Lipton) getting some news while Tracy Quartermaine (Jane Elliot) has a problem. Let’s take a look at Tuesday’s teasers.

First ‘General Hospital’ spoilers indicate things look nice on the surface. In the promo, Nina Reeves (Cynthia Watros) has been longing to hear something. She’s with Jasper Jacks (Ingo Rademacher). It gives the impression of this sweet moment about to happen between them. However, this could be the beginning of the end. Jax has a secret.

Carly Corinthos (Laura Wright) was stressing over said secret Monday, while Ava Jerome (Maura West) seemed unhappy with Nina giving up the search for her child, with relates to that. This tells us something. It looks like disaster ahead. They are a soap couple, after all, so what else can you expect? They’re bound to implode sooner or later with such a secret in the background. Jax is going to regret helping Carly and big.

Elsewhere, Cam might have a problem. In the promo, Cam wants to know if “this” is because of Franco Baldwin’s (Roger Howarth) condition. As he gets accepted to a prestigious college Tuesday, this sounds ominous. We have a feeling Cam will give up a dream situation for the greater good of the family. After all, big colleges don’t come cheap. Nor will Franco’s treatment. It looks like we’re going to see the money struggle of this family in different ways for a while to come. Not sure how we feel about that.

Elsewhere, Jason Morgan will ask if it’s a bad time. He’s at GH in the clip. As other bit of the promo feature Britt Westbourne (Kelly Thiebaud) wanting to know what she was just accused of, we guess this is them talking. Jason will issue a warning about Cyrus, and we think she’ll be taking it the wrong way. Of course, Jason could be overly sensitive right now. He’s got a disaster on his hands, plus dealing with the alleged loss of Sonny Corinthos (Maurice Benard). This has all the makings of tone being everything.

In other ‘General Hospital’ spoilers, Olivia Falconeri (Lisa LoCicero) wants to know what really happened the night Alexis Davis (Nancy Lee Grahn) drove off the road. Nice knowing you, Tracy. In all seriousness, this search for truth will end bad. And it’s mostly Tracy’s fault. It reminds us of the Greek tragedy Oedipus Rex. The more a character fights something, the more they bring it to fruition.

As for Alexis, it looks like she’s got more friends on the way. Valentin Cassadine (James Patrick Stuart) asks Alexis if she minds Martin Grey (Michael E. Knight) having a look. Now, we want to say he’s being kind and just checking in on her, making sure everything is okay after her supposed DWI. However, Martin’s presence makes it seem he might suspect his mother’s being hidden at Alexis’ place. After all, she does have a child with Sonny.