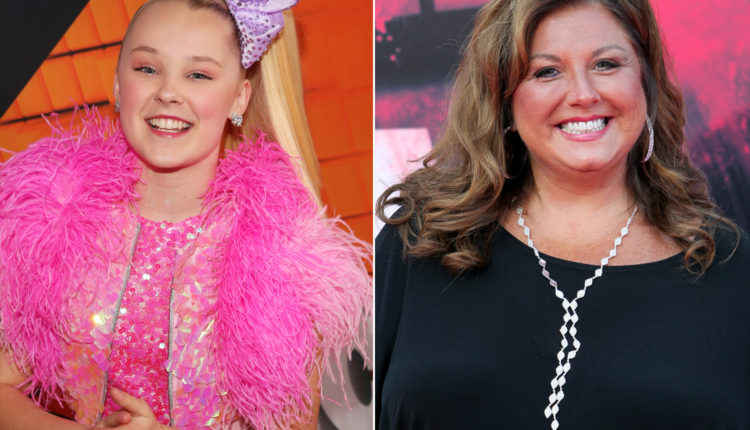 Abby Lee Miller has lavished praise on Youtuber, JoJo Siwa after she came out and revealed that she is a part of the LGBTQ community.

When speaking her fans on Instagram, Abby went on to say the following: “I always knew the world would be a more colourful, positive, sparkly place with a kind, loving, dazzling triple threat like you in it – a shining example for the kids out there to live their BEST lives each and every day.

“*You put your heart on the platter! (If you know you know) Love you, kiddo!!! Keep making me proud .“Naturally, the praise could be expected given that Abby and Jojo are close. The two have gotten on well as highlighted by Jojo’s previous comments. When speaking to Us Weekly, she said:

“I actually talk to Abby the most out of anybody from the show. She’s great. I think Abby got hurt by a lot of people and it’s really, really, really sad that a lot of the people don’t talk to her anymore.The same thing with a lot of the producers from Dance Moms.

“It’s just sad because Abby really is a good person. Even though you see her yelling and screaming at children on TV like Abby made seven stars. I wouldn’t be doing this if it wasn’t for her. Maddie and Mackenzie [Ziegler] wouldn’t be where they are today without Abby.”

So things seem to be getting better for Jojo who has clearly received positive support since her decision. When revealing it all to the public, she told her fans at the time how happy she was feeling: “Personally, I have never, ever, ever been this happy before and it feels really awesome. I‘ve been happy for a little bit now. It’s just so, so, so awesome. You guys probably haven’t seen me this happy since I was on tour.”

But at the same time, Jojo was apprehensive, to say the least: “I know everyone’s situation is different, and it might be harder for some people and easier for some people to come out or be themselves, but I think coming out has this stigma around it — that it’s this really, really scary thing, but it’s not anymore.

“There are so many accepting and loving people out there that it’s OK.  Of course, people are going to say it’s not normal, but nothing is normal. Literally not one thing about anybody is normal, and it’s OK not to be normal, it’s OK to be a little different, it’s OK to be a little weird, strange, different. That’s something we should never, ever be afraid of. That’s something we should be proud of.”

It is good to see Jojo doing well. If you enjoyed reading this article, then check out our other features on the Daily Soap Dish. Please also visit TVRocker for all of the latest exciting news on all of your favourite daytime television soaps.

YouTube Sensation JoJo Siwa Announces She Has A Girlfriend!

JoJo Siwa introduces girlfriend to the world on their one month anniversary.