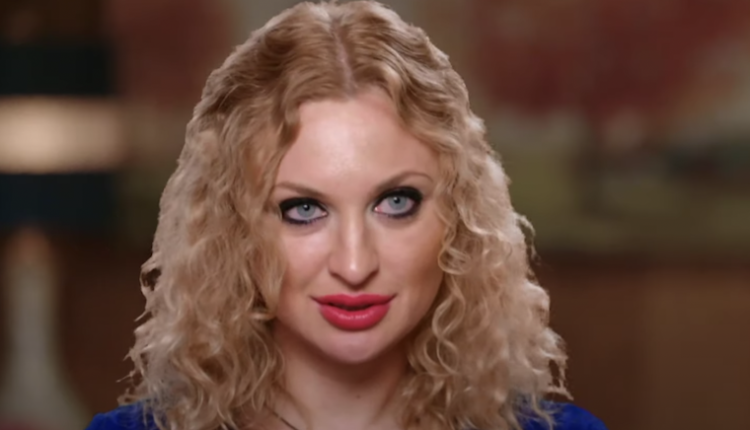 ’90 Day Fiancé’ Spoilers indicate that Natalie Mordetseva says that she wants a secure relationship, and for her, that means letting fiance Mike Youngquist’s engagement ring resume it’s former place on her finger. However there’s just one problem with that.

Mike hasn’t exactly given the ring back to her yet, in spite of allegedly wanting them to get married soon. Natalie says that she doesn’t really feel at home in the states because for one thing she hasn’t gotten a chance to get out and meet people. Of course, coming to the United States during quarantine doesn’t exactly help matters, but still.

Mike also works a good portion of the time so he is gone all day. Natalie is left alone and all she has to do is housewife-y things, like cook and clean and play with the cat.

(She seemed to really love that cat, what a cute image of them cuddling!) but during all of the cleaning that she’s done on the place, she has not been able to locate the ring that she gave back to Mike when they were in the Ukraine. I’m sure what she wanted to do was locate it, put it back on her finger and wear it to surprise him when he came home one day, but so far… no ring.

I feel bad for Natalie because  this has been something that has made her doubt the relationship and that’s not a good feeling at all. She doesn’t feel secure here in the US, she feels like Mike just had her come so that she could play wife to him for awhile and that honestly wouldn’t surprise me at all if that were the case. After all, we don’t actually know if they’re still together or not after this season wraps.

(There’s been rumors but it’s safer not to confirm or deny anything until after the season has aired.) Mike didn’t really seem prepared for Natalie to come at all, it just seemed like he wanted her in the proximity nearest to him while they could work on their problems so he could go back to focusing on work.

Maybe I’m wrong but that’s my take on it. Still, let’s hope he has a plan for reintroducing the ring to her finger because right now it just kind of looks like he didn’t have a plan at all. Stay tuned!!!