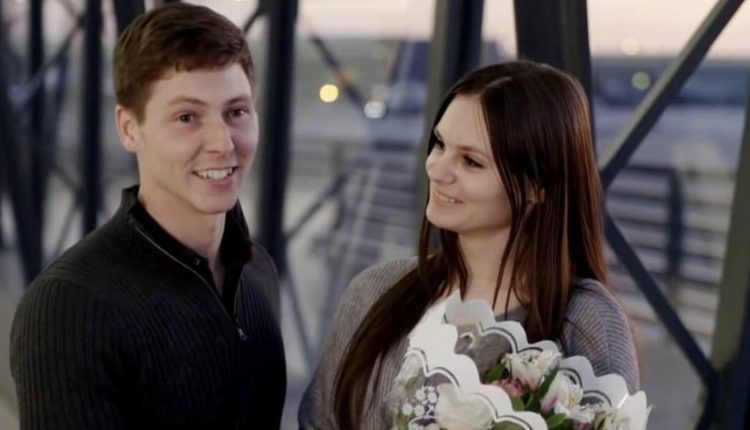 ’90 Day Fiancé’ Spoilers tells that Brandon’s parents, Betty and Mr. Gibb, are angry as all get-out, because according to them, now that Julia is there at the farm, Brandon has neglected all of his responsibilities. His Dad said he he went inside and found Brandon serving her tea that he was going to lose it.

He doesn’t thinkt that Brandon or Julia have “appreciation” for the farm and that they need to both start helping out. I can definitely see Brandon stepping back up and doing his part, but Julia is technically their guest – she’s not used to farm chores and you can’t help that he didn’t fall for a farm girl (I think that might be the main problem these two are having with Julia), so saying that she has to step up is kind of unfair to her.

Brandon does though, yes, totally light a fire under him and get him to help but Julia is not the one. I think they were under the impression that the only reason Brandon was getting married was to get an extra pair of hands to help on the farm. Betty said that she would rather Julia and Brandon stay and live on the farm and help rather than have Brandon separate from them.

But Brandon is saving (or at least that’s what we think) to get an apartment for him and Julia so that they can move out and have their own life – or at least that was the plan. So how on earth is this farming utopia thing going to work?

Because that seems to be what Betty and Ron want, but what about what Brandon and Julia want? That doesn’t seem fair to them. Honestly, you could tell from the get-go that Brandon really wasn’t all that invested in the farm, it really looks like he just wanted to marry Julia and skedaddle away from his parents at first sight, but that’s… not what they want and I think it’s really too complicated for that to happen, at least right now. We’ll see how this plays out, stay tuned!!!