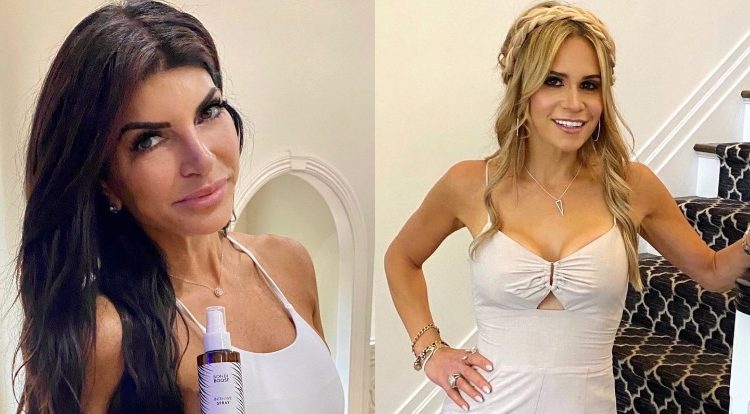 ‘The Real Housewives of New Jersey’ spoilers indicate it’s that there can only be one Queen of the Garden State, and that Queen just happens to be Teresa Giudice. However, there’s some speculation that Teresa might be somewhat jealous of her castmate Jackie Goldschneider, and for several good reasons, too. Here’s what you need to know.

According to the latest rumors, Teresa and Jackie are feuding behind the scenes. Things have gotten so bad that Jackie has flat out refused to film the same events that Teresa attends. If that weren’t enough, Teresa has made some comments insinuating that Jackie’s husband, Evan Goldschnieder, is allegedly cheating on his wife.

Of course, many RHONJ fans have weighed in on the drama and most believe that Teresa might be jealous of Jackie, mostly because she is held to a higher standard than the rest of the cast. Jackie is not only well-educated with a law degree, but she’s also the one cast mate who stands up to Teresa.

Some comments from RHONJ have included, “Jackie is one of the most intelligent housewives out there. The bar is not that high, but she is educated, has a law degree and it is obvious she is far from stupid… I agree.. good for Jackie for standing up for herself… when the blogs came out with the stories, they all tried to make Jackie look bad, saying how she didn’t show up for the one trip and other functions.”

Some other fans put it this way, “Jackie is that perfect mixture of book smart and street smart. She has a great vocabulary and can skewer most HWs in an argument or debate. We need more women like her and less of the bimbos,” along with, “Teresa will never let go of her jealousy over Jackie being both younger and wealthier (by earning and/or saving money well) than Teresa and that Jackie also has a good marriage. Figures Teresa would concoct gossip claiming Evan was doing the very thing which Teresa hated most in her own (ex)husband’s behavior.”

‘The Real Housewives of New Jersey’ Spoilers: Do you agree with these comments?

In the meantime, drop us a line with your thoughts about this in our comments section below. Also, come back right here for all the latest news and updates on your favorite royals and celebrities along with spoilers from ‘The Young and the Restless’, ‘The Bold and the Beautiful’, ‘General Hospital’ and ‘Days of Our Lives’.