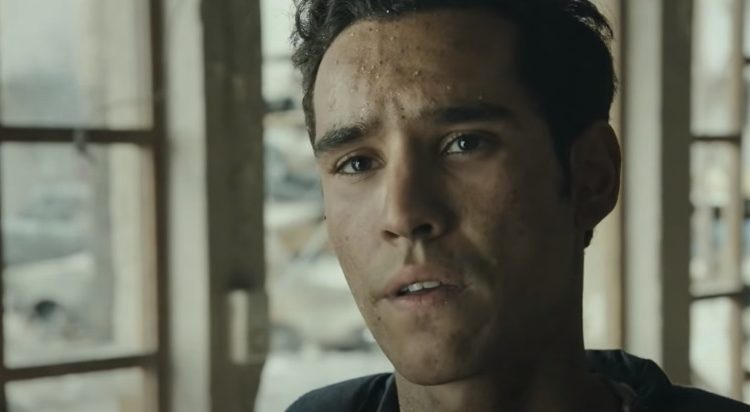 Netflix’s ‘Mosul’ Is Based On The True Story Of The Ninevah SWAT Team Who Fought Against ISIS!

Netflix’s ‘Mosul’ is a new film coming this month depicting the true story of a Ninevah SWAT team who waged a guerrilla operation against ISIS in a desperate attempt to save their home of Mosul. The hard-hitting events of the film will have you glued to your television.

Take a look at the official trailer below that was uploaded with the following description,

“After his life is saved by a rogue Iraqi squadron, a young police officer joins them in their fight against ISIS in a decimated Mosul. When ISIS took their homes, families and city, one group of men fought to take it all back. Based on true events, this is the story of the Nineveh SWAT team, a renegade police unit who waged a guerrilla operation against ISIS in a desperate struggle to save their home city of Mosul.”

Netflix’s ‘Mosul’ Is Based On The True Story Of The Ninevah SWAT Team Who Fought Against ISIS!

A lot of viewers, who are actually from Mosul, were impressed with the trailer and it’s true to life depictions. They wrote, “As an iraqi from mosul who witnessed mosul liberation, I assure you this was the atmosphere back then in mosul and far much horrific. The movie is based on actual events, so I hope they included one or two of the tragic events happened back then.”, “Actually i am from Mosul “Eazidian” Aspects and we lefted our houses we’ve seen loads of real scens like those”, and “im glad this isn’t another movie or tv show glorifying american soldiers”.

What do you think? Are you going to watch this on Netflix? Let us know in the comments below.

HBO Max Flashes Back To Henry Cavill In ‘Man Of Steel’ As Superman Learns To Fly!

Netflix’s ‘The One’ Matches People With Their Perfect Partner Based…