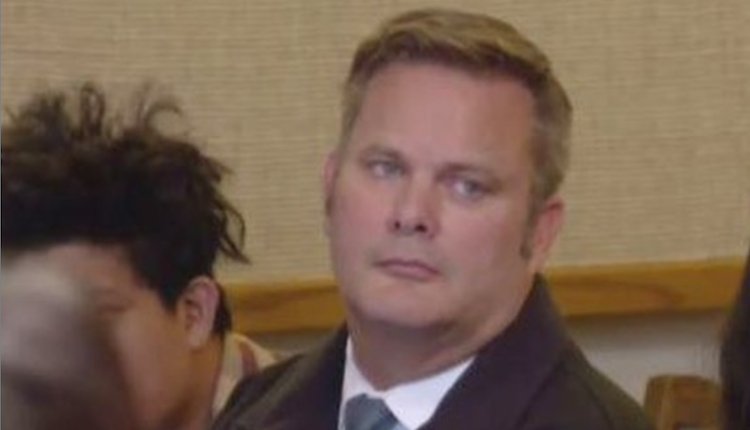 By now, quite a few of us are familiar with the ‘Cult Mom’ case, Lori Daybell kept mum for months while she knew that her two children, Tylee Ryan and JJ Vallow lay dead on the property of her brand new husband, Chad Daybell.

Chad Daybell was a smalltime cult leader and author among a very specific sect of what seems to be a branch off of Mormonism. They would talk of evil spirits roaming the earth and people being possessed by demons, Lori’s own husband, Charles Vallow ended up dead by the hand of her own brother, Alex Cox, when they thought that he was possessed by a demon named ‘Nick Snyder’. Seriously, who came up with that name? I’ve seen better ones in video games. (Feel free to insert the eyerolling emoji here.)

Alex didn’t escape the ring of death either, but he succumbed to suicide around the time that Ty Lee and JJ were killed. Chad, meanwhile was a real piece of work. He predicted his own wife, Tammy’s death, he said that it would be in a car accident but that didn’t happen, instead Tammy ended up mysteriously dead of ‘natural causes’ right before Lori’s wedding to Chad.

Supposedly an autopsy was performed, but the results said natural causes, there was word of a second autopsy that was going to be performed soon. We’ll see if that produces any results, my bet is that it will because now they might just know what they’re testing for.

Interesting factoid, there was supposedly an invention by MKUltra that was sort of like an ice bullet that would be shot into the heart of a victim, the ice bullet would melt and it would leave no trace behind, it would just look like the victim had gone into cardiac arrest.

I’m not saying that Chad Daybell was affiliated with MKUltra but what I am saying is that there’s a possibility that he could have done some research and found something that would not show up in an autopsy so that he could marry Lori and be rid of Tammy, I found that information on TikTok while I wasn’t even looking. Imagine what one could find if one was really determined, and after all, Chad is an author, writers do a lot of research. Trust me, I know.

Now, it seems that both Chad and Lori will be tried at the same time for what they did to little Tylee Ryan and JJ Vallow, and justice cannot come soon enough. The saddest thing is, little JJ, was accused of being ‘a zombie’ by Lori, a few days before he died.

She thought that instead of her son inhabiting his own body that it was inhabited by an evil spirit. Why? Because JJ was simply doing things that normal kids do, climbing on counters and just generally being a little misbehaved.

Chad has Lori still convinced that it’s all okay and that she will see her children on the other side, according to Mormon beliefs this is true, but if it is I don’t think either of her kids are going to be very happy to see her on the other side. Meanwhile Lori sits there like a simp, only expressing emotion once recently, all other times it looks like she’s posing for the camera.

It’s perfectly legal in Idaho to combine trials when the suspects are being tried for the same criminal offense. There is also the matter of COVID-19 and no one wants to do this more than once, literally no one wants to put their own lives on the line for these people, after all, they didn’t think twice about taking the lives of two innocent children, so why should anyone give them the courtesy of two separate trials?

Let them go down together, Bonnie and Clyde style… we all know how that story ended, right? We’ll keep you posted on the latest developments. Stay tuned!!!

CNN Anchor Don Lemon Compares Donald Trump Supporters To Drug Addicts To Chris Cuomo; They “Have To Hit Rock Bottom Like An Addict”