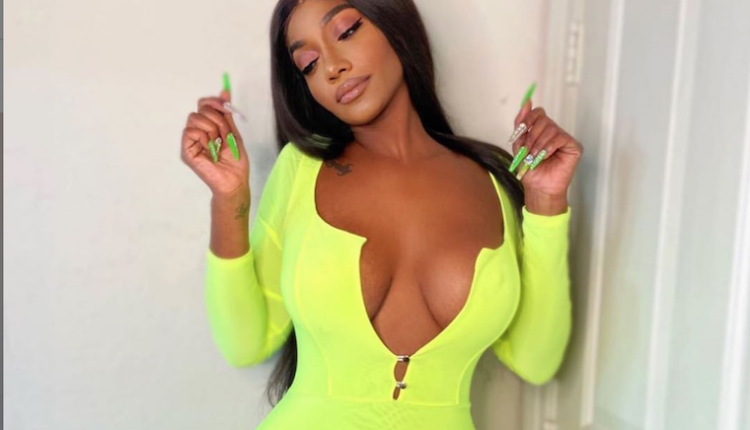 ’90 Day Fiancé: The Other Way’ spoilers find that Brittany Banks, now in Jordan, definitely chose not to dress down in a very Muslim country. This hasn’t caused her to change her views or the way she dresses and in the spoilers for the next episode, she will get some backlash from the locals. As her and her friend, Angela, explore the local markets, they will get some pretty horrifying looks.

’90 Day Fiancé: The Other Way’ Spoilers – A Completely Different Culture

Brittany knew that Yazan Abo Horira‘s beliefs are much different than hers yet she still dresses very provocatively for such a conservative country. She did wear a hijab when she met Yazan’s parents, but she doesn’t want to wear it anywhere else.

She doesn’t want to adopt his culture and has been fighting it since day one. This is part of their many problems. Although this has caused issues, she told her fans that Yazan knew that she was this way since the first time they talked.

’90 Day Fiancé: The Other Way’ Spoilers – Brittany Banks Gets Backlash From Locals in Jordan

Yazan has warned Brittany time and time again that his culture is not like hers. He asked her not to drink and to change her appearance while she’s in Jordan. In the episode with Angela, the women are walking through the market and she hears locals say, “haram.” This means unlawful or sin in Arabic.

Brittany, of course, had to say something back to the man. She told him that he was “haram” and this really started the negative attention at the market. Angela ended up covering herself and kept pushing Brittany to do the same. Brittany’s cleavage is pretty exposed in her shirt, so of course, a crowd gathered around the women.

Angela told cameras, “Brittany and I are getting a lot of looks as we walk through the market. It’s just a little uncomfortable. The other women are covered while Brittany has her boobs out. So, I think that’s causing a lot of looks.” Brittany told cameras, “I can definitely see now why Yazan wants me to cover up. People are just staring at me, so I’m not comfortable right now.”

It appears as if Brittany has seen some of the worst of how people can treat women in Jordan. Hopefully, she will begin to cover herself up more and not show off everything she’s got. If you want to see more of 90 Day Fiancé: The Other Way, tune in on Sundays at 8 p.m. EST on TLC. And you can also follow Brittany and Yazan on Instagram.

‘The Young and the Restless’ Spoilers: Will Sharon And Rey Walk Down The Aisle?