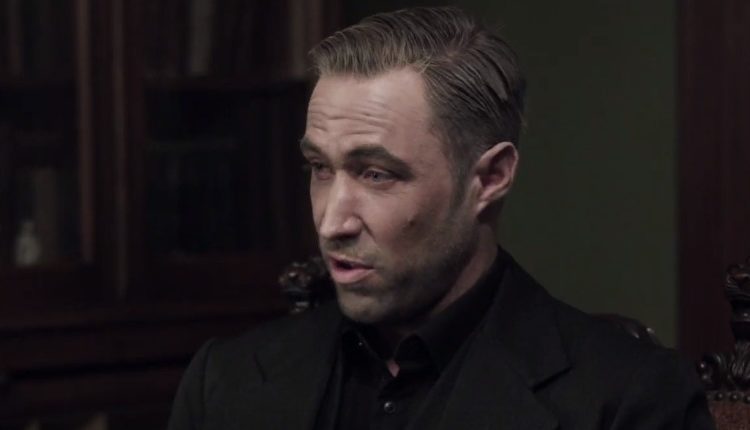 ‘Days Of Our Lives’ (DOOL) spoilers show that Kyle Lowder (ex-Rex/Brady) will star in a new horror film titled ‘The Amityville Harvest’, which is available on DVD, digital and on demand today! You can watch the official trailer below that was uploaded with a basic synopsis of the film.

“In this intense horror tale, a visit to a crumbling mansion becomes a journey into sheer terror. While staying at an aging manor to research its liquor-smuggling history, Christina and her documentary video team interview their spooky host Vincent—but no one can capture his image or voice on video! After shocking dreams and bloody encounters, the crew members fall under Victor’s hypnotic spell. Can Christina and her sister stave off Victor’s dark magic and survive Amityville’s deadly harvest?”

In an interview with Soap Opera Digest about the film, he was asked how the role came to him. Lowder replied, “I’ve worked with the director, Thomas Churchill, on a film that came out last year called Nation’s Fire and he’s a really great director and became a good friend of mine in the process. I’ve also worked with the production company, Hollywood Media Bridge, and its owner, Phil Goldfine, and then one of the executive producers there, Binh Dang.”

The film is available right now, just in time for Halloween. Are you looking forward to seeing Lowder in a horror film?

What do you think? Are you going to watch ‘The Amityville Harvest’? Let us know in the comments below.

In the meantime, drop us a line with your thoughts in our comments section below. And as always, don’t forget to come back to Daily Soap Dish for all the latest news and updates on your favorite celebrities and reality television shows along with spoilers from ‘The Bold and the Beautiful’, ‘The Young and the Restless’, ‘General Hospital’ and ‘Days of Our Lives’. For more royal and celeb baby news, come back to Celeb Baby Laundry.

‘Young And The Restless’ Spoilers: Jack Sees Billy’s Feelings For Lily, A New Couple On The Way?