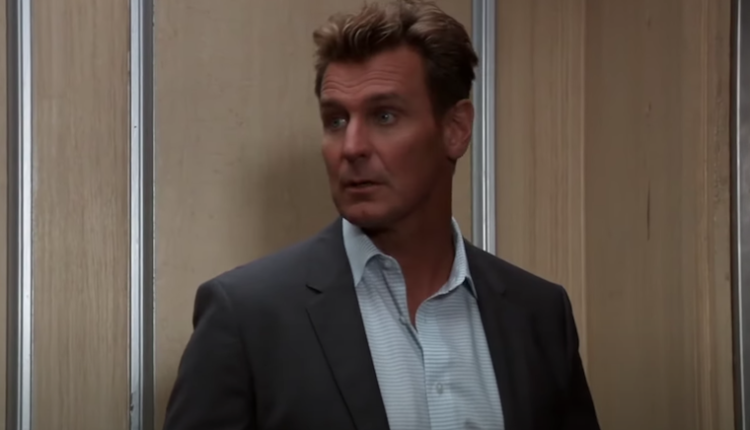 ‘General Hospital’ (GH) spoilers for October 21st reveal we’ll have some tension between the Jerome siblings. Plus, Ned Quartermaine (Wally Kurth) gets the tough questions while the situation between Michael Corinthos (Chad Duell) and Willow Tait (Katelyn MacMullen) gets more complicated. Let’s see what the promo and teasers say.

First, ‘General Hospital’ spoilers reveal Ava Jerome (Maura West) and Julian Jerome (William deVry) have a bit of a disagreement Wednesday. At least, it’s looking like it. She tells Julian, “Recent events have proven otherwise.” We have a feeling there will be a fight over Sonny Corinthos’ (Maurice Benard) recent offer.

The teasers say he’s going to lash out. We have a feeling she’ll be annoyed that he turned that offer down. Not a good idea when he’s already in danger from Sonny. Of course, he could be testy knowing Ryan Chamberlain (Jon Lindstrom) has his future in his hands.

In other ‘General Hospital’ spoilers, it seems this whole blackmail situation might have taught Nikolas Cassadine (Marcus Coloma) something. On Wednesday, he’ll talk to Elizabeth Webber (Rebecca Herbst) about things not going as planned. He actually tries to apologize. This should be interesting later in the week.

Olivia just happens to walk in and ask, “tell me what?” Of course, she does. It’s an unwritten law that people must walk in at the worst possible moment, and this should be interesting to see how he handles the situation.

‘General Hospital’ Spoilers For October 21: Not so fast

In other news, Willow asks Michael if there’s a problem with the annulment. It seems this is about an opportunity that Michael will get, and this sounds like a job situation.

We think this will make the perfect excuse to hold off, because neither one seemed completely convinced about the annulment situation, no matter what they said. Even Dante Falconeri (Dominic Zamprogna), who hasn’t been around them both more than a few minutes can see there’s something going on. Even if they won’t admit it.

Finally, we see some relationship drama in the cards. It seems that Jasper Jacks (Ingo Rademacher) can’t participate in something. Sounds to us like Nina Reeves (Cynthia Watros) wants him to be part of that simple burial.

Given how Carly Corinthos (Laura Wright) reacted to Nina’s plans, we don’t blame him exactly. It’s not like he didn’t feel guilt over bringing Nelle Benson (Chloe Lanier) into their lives. And Nina will likely (rightfully) be upset.