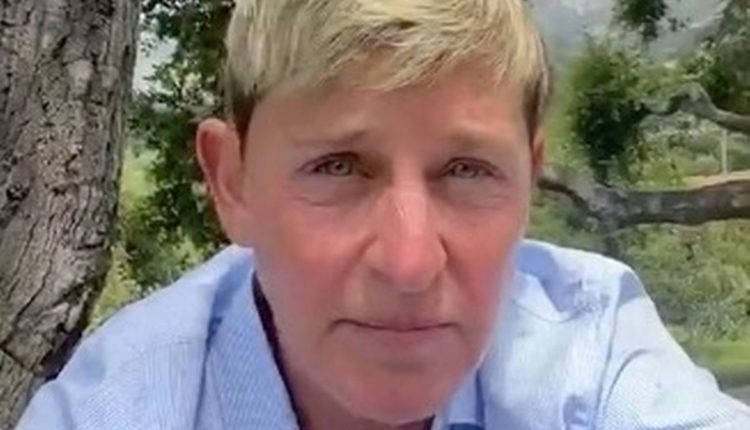 Ellen DeGeneres’ Apology Monologue Was Anything But Sincere, So Says Former Employees

During Monday’s episode of her talk show, Ellen apologized for the toxic work environment that has been created behind the scenes while dismissing any of the claims that have been made suggesting that she’s the meanest person on television. Instead, she told viewers that the person they see in front of the camera is the same person she is behind the scenes, too.

If that weren’t enough, Ellen also tried to make jokes about how “perfect” her summer was, albeit sarcastically, and said that she’s also been trying to work on her patience. However, some former employees say that her apology sounded anything but sincere. Instead, it was all about Ellen trying to save face.

Ellen DeGeneres’ Apology Monologue Was Anything But Sincere, So Says Former Employees

One former employee told BuzzFeed in an interview, “Not only did Ellen turn my trauma, turn our traumas, into a joke, she somehow managed to make this about her.”

“When she said, ‘Oh, my summer was great’ and that was supposed to be funny, I thought, ‘It’s funny that you had a rough summer because everyone was calling out all of the allegations of your toxic work environment and now you’re the one suffering?’” another former employee said.

Another former employee also thought that Ellen’s ‘jokes’ were out of place, seeing how her show is also being investigated for sexual misconduct.

“When you’re talking about people who have accused her leadership of the seriousness of sexual misconduct, I don’t think it’s appropriate to have jokes in the monologue,” a former employee told the outlet.

“I don’t feel sorry that she’s in a s–tload of trouble because she branded herself the ‘be kind’ person,” another former employee said. “She’s acting like it was something she said in passing that just stuck with her. It’s not something that stuck with her, it’s not an accident. She went forward with this idea and this marketing strategy that was not true behind the scenes.”

NBC ‘Days of Our Lives’ Spoilers: Greg Vaughan Might Not Be Done With Daytime Television Just Yet