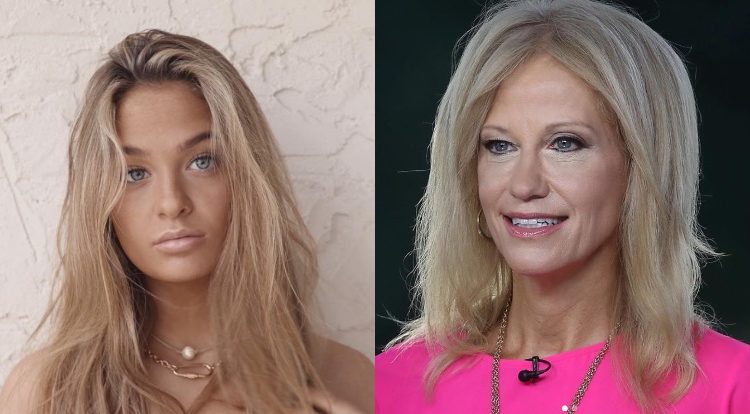 Claudia Conway Just Got Her Wish: Kellyanne Conway Is Leaving The White House

After threatening to get emancipated from her parents, it looks like teen and social media sensation Claudia Conway might have just gotten her wish. After telling her Twitter followers that she was embarrassed over the fact that her mother Kellyanne Conway would be speaking at this week’s Republican National Convention, the White House advisor announced that she would be stepping down from her role at the end of this month. Here’s what you need to know.

According to the Washington Post, Kellyanne, who has long been a senior adviser to President Trump and also one of his longest-serving aides, is leaving the White House. She is the first woman to successfully manage a presidential bid to victory. She has also been one of Trump’s most visible and vocal defenders. Kellyanne Conway said in a statement that she wants to step down in order to focus more on her family.

Claudia Conway Just Got Her Wish: Kellyanne Conway Is Leaving The White House

What’s more, Kellyanne’s husband George T. Conway III, who is a lawyer and outspoken critic of the president, is also stepping back from his role on the Lincoln Project, an outside group of Republicans devoted to defeating Trump during the election.

This comes after their 15-year-old daughter Claudia said on Twitter that she was looking to get emancipated from her parents. After it was announced that Kellyanne Conway would be speaking at the Republican National Convention this week, the young teen wrote on her Twitter account, “I’m (devastated) that my mother is actually speaking at the RNC. like DEVASTATED beyond compare.”

She then added, “I’m officially pushing for emancipation. buckle up because this is probably going to be public one way or another, unfortunately. welcome to my life.”

If that weren’t enough, Claudia also suggested that she was using social media as an outlet to express her feelings and the relationship she has with her parents, Kellyanne, and George Conway, who is an attorney and vocal Trump critic.

She wrote, “My mother’s job ruined my life to begin with. heartbreaking that she continues to go down that path after years of watching her children suffer. selfish. it’s all about money and fame, ladies and gentlemen.”

In the meantime, drop us a line with your thoughts in our comments section below. And as always, don’t forget to check back with Daily Soap Dish for all the latest news and updates on your favorite celebrities and reality television shows along with spoilers from ‘The Bold and the Beautiful’, ‘The Young and the Restless’, ‘General Hospital’ and ‘Days of Our Lives’. For more royal and celeb baby news, come back to Celeb Baby Laundry.