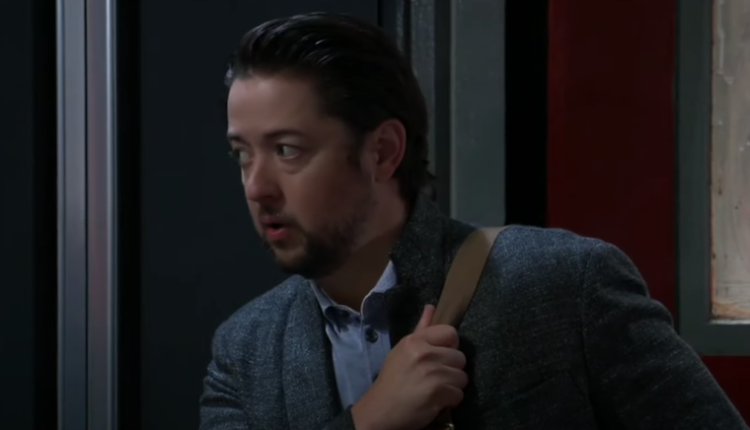 ABC ‘General Hospital’ (GH) spoilers reveal Hamilton Finn (Michael Easton) is lending an ear, while TJ Ashford (Tahj Bellow) makes a bold move. Plus, we’ll see an unlikely partnership as well as a victory for Damian Spinelli (Bradford Anderson). Let’s take a look at what the promo and teasers say.

So, first off, we saw Alexis Davis (Nancy Lee Grahn) head to GH to find out what killed Neil Byrne (Joe Falnigan). On Friday, Finn offers his support after hearing the news. From what the promo showed, it looks like this will be one of those moments you might want the tissues for.

Elsewhere, it seems TJ is feeling feisty on Friday. Cyrus Renault (Jeff Kober) will do what he does best in this town: pretend to be a nice guy. He’ll greet him as Molly Lansing-Davis (Haley Pullos) looks on. TJ will warn Cyrus not to offer his hand unless he wants TJ to spit on it. Ouch. We’re guessing TJ doesn’t approve of the decisions Cyrus has been making at GH. It’s not like Jordan Ashford (Brianna Nicole Henry) has warned him Cyrus is behind his kidnapping. Kind of valuable information, as far as we’re concerned. As for Cyrus? TJ better watch it, because he might be next on the “fired” list.

ABC ‘General Hospital’ Spoilers For September 4: You want what?

Next up, ‘General Hospital’ spoilers indicate Anna Devane (Finola Hughes) is conflicted. Clearly, getting questioned about meeting Alex Marick (Hughes) and has rethought her plan. She’ll ask Valentin Cassadine (James Patrick Stuart) to come along as backup. Valentin’s wide-eyed look in response is priceless. He clearly wasn’t expecting that, either, although we wouldn’t be surprised to see Anna talk him into it.

Also, we can’t help but wonder if Curtis Ashford (Donnell Turner) feels Jordan’s hiding something. Teasers indicate he’ll be cautious. As Jordan wants to know what she owes this welcome surprise, we think he might be trying to butter her up for some questions.

Also, it looks like Peter August (Wes Ramsey) is seeing Valentin as an evil mentor. He reaches out to Valentin Friday, probably because he’s struggling with some doubts and paranoia that the perfect fantasy is about to burst. And there are hints that’s coming

How? Well, Spinelli’s been determined to get proof against Peter for a while now. On September 4th, his suspicions are confirmed. He and Peter will apparently also have a talk, so we wonder if this read more as an interrogation and that’s why Peter goes running to Valentin. Dude, you’ve seen how his fraud worked out. We wouldn’t advise following in his footsteps. Meanwhile, Sam and Jason will be busy checking on Brando’s condition.