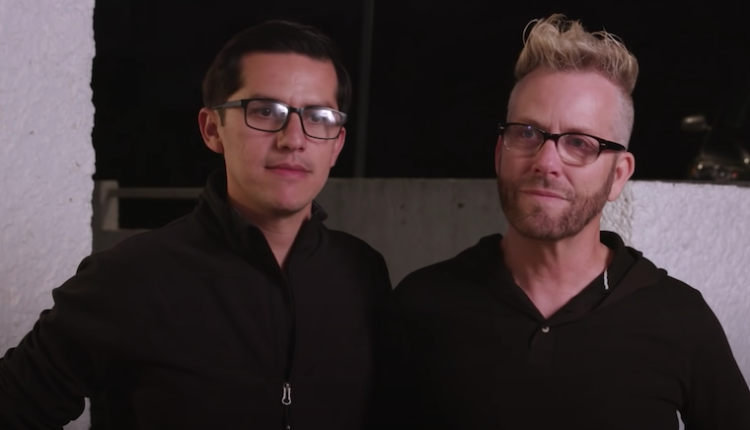 TLC ’90 Day Fiancé’ Spoilers: Will Armando Rubio Get Over His Thing About PDA With Kenneth Niedermeier?

TLC ’90 Day Fiancé’ spoilers reveal that Kenneth (and Truffles) have given up their life in Florida to come and live with Armando in La Mission, Mexico, They were out exploring the town and Kenny was just overcome with all new emotions of being with the man he loves and starting his life over with him that he wanted to plant a big juicy kiss on his soon-to-be husband right there in the town square. But Armando was quick to shut him down and said no, not in public, which you could plainly see hurt Kenny’s feelings.

Armando said that it was because of fear of judgment that he would get from all the people standing around outside, and Kenny noticed that he kept looking around like he was afraid someone was going to jump them right there in the town square.

TLC ’90 Day Fiancé’ Spoilers: Will Armando get over his thing about PDA?

Armando didn’t come out and say it but being from the deep south myself, I get his trepidation, Armando was afraid some people weren’t going to like what they saw and these people would jump he and Kenny right there on the street for being what they thought was ‘inappropriate’.

Armando said in his confessional that he thought that even though he hated hurting Kenny’s feelings that Kenny wasn’t being entirely fair about the whole PDA thing because Armando has not been out that long and isn’t comfortable at the moment doing PDAs.

Keep in mind, Armando is very young in spite of already being a Father, so in those terms he has not really been out that long so he’s not at Kenny’s level yet. But if he doesn’t start getting over it soon, I could foresee that being a problem.

However he did compromise when they were at the statue of Jesus when Kenny asked him, “Would you kiss me in front of Jesus?” and Armando obliged, which I thought was just adorable. Armando did ask Kenny though, if he thought Jesus would approve of them which tells me that Armando might have some religious misgivings about being out about his sexuality, but I think given enough time he will come around.

He said out of his own mouth that he just has to get past some of the cultural things that he’s been taught and I think every LGBT+ person can relate to that. I think they’re adorable and I’m rooting for them. Stay tuned!!!

NBC ‘Days Of Our Lives’ Spoilers: So Where Did Ben Weston (Robert Scott Wilson) Go?