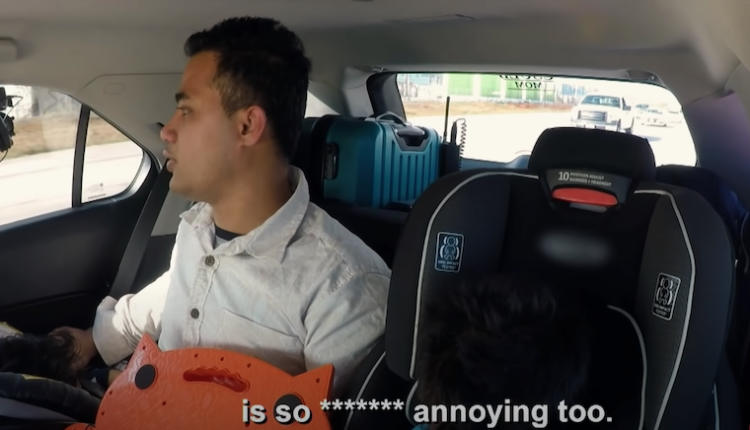 TLC ’90 Day Fiancé’ spoilers finds that someone needs to sit down and have a heart to heart with Asuelu, someone he will listen to. I would say Kalani’s father but Kalani’s father is too slow to anger. I would say that this needs to be someone who wouldn’t hesitate to give Asuelu a good sock in the jaw if he needed it, and not one fo those ‘after careful consideration’ deals, after his antics in Samoa he needs a sudden death smackdown. I don’t know who would serve to do this most effectively, but seriously, it needs to happen.

First off, his family is demanding entirely too much money from a young family who has a young baby to support. They are demanding $1000 up front when Asuelu comes to visit when Asuelu has also had to foot the bill for travel for 3 people and the cost of feeding and sheltering his family.

AIr BNBs are not that cheap. Not that I know the exchange rate is between here and Samoa, or even if they use the american dollar, but either way, family travel is not cheap! To bring them $1,000 cash money while still having to adequately support your own family, add that to the fact that Asuelu and Kalani are both just really starting out? I think that’s a little too much and I also think that his family must think that Asuelu is absolutely ballin’, but it looks to me like he’s just your average joe with your average job. $1,000 in the economy right now is nothing to sneeze at. Seriously.

Also, he thought that Kalani’s idea of bringing them tangible gifts and maybe $50 was a slap in the face. Samoan culture must be very, very different than American culture because that’s kind of what happens in American culture.

For family members that you don’t see that often, you get them gifts, you don’t send them money. In fact, sometimes sending money to family members instead of sending something that you put a lot of thought into can sometimes be seen as tacky, or even insulting. Most Americans view money as something that they can make themselves. It looks like these people don’t want gifts so much as they want Asuelu to support the family, which is really not a realistic expectation now that he has his own family to support.

Also he was extremely unsympathetic to Kalani in the car when the baby was crying. This is what I mean when I’m talking about a smackdown. Kalani had been dealing with that baby all day, she had been on an hours long flight and was dealing with a baby who was exhausted.

Asuelu doesn’t seem to understand that a baby that young will ultimately not remember a visit to Samoa, the memories will come later, this visit is essentially so that Asuelu can get a pat on the head from his parents and he was mad that he would not be receiving that the second he got off the plane. Seriously though, he’s got a life in the US, I get that he misses his family but he honestly needs to grow up a little and realize that his wife and child have limits and get exhausted!

Asuelu needs a good resounding smack of reality. Stay tuned!!!  For any other soap opera and entertainment news, please visit again Daily Soap Dish. Don’t forget to visit YouTube for all of the latest exciting news on all of your favorite channels.

CBS ‘The Bold and the Beautiful’ Spoilers: Newcomer Tanner Novlan Hints B&B Is A Perfect Fit For Him