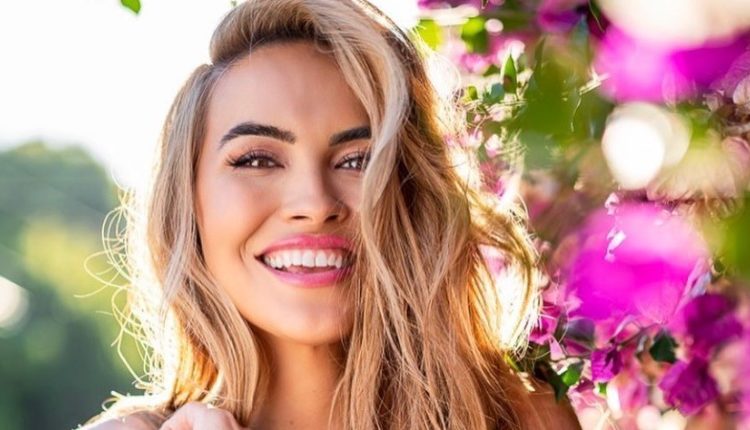 NBC ‘Days of Our Lives’ (DOOL) spoilers reveal that things have certainly gotten messy – and in a very public way – between former spouses and daytime television stars Chrishell Stause (Jordan Ridgeway, ‘Days of Our Lives’) and Justin Hartley (ex-Adam Newman, ‘The Young and the Restless’).

That’s because Chrishell has not only opened up about the way she was blindsided by Justin’s divorce filling but now she’s hinting that the Hollywood actor might have cheated on her, too. Here’s what you need to know.

There are reports indicating that Justin Hartley is none too pleased over the fact that his ex-wife has used their separation and divorce to help promote her Netflix series, Selling Sunset. Chrishell can be seen tearfully explaining how she was left blindsided when Justin texted her and told her that he was filing for a divorce. A little over a half-hour later, the entire world knew, too. Chrishell claims that this happened after the couple had a fight earlier that morning.

Now things have gotten even messier with Chrishell implying on Twitter that Justin might have cheated on her during their marriage. When a soap fan pointed out that Justin had filmed a movie in Canada at the same time that his new girlfriend, former ‘The Young and the Restless’ star Sofia Pernas was filming, Chrishell ‘liked’ the tweet. The fan then went on to say, “The timing seems like he probably cheated on Chrishell and took a coward’s way out to avoid spousal support and gaslight her.”

So far Justin himself has made no comments about the allegations made against him. In fact, fans have even credited him for taking the high road by refusing to make any public statements. Chrishell, meanwhile, said on Selling Sunset that she still wants answers.

CBS ‘The Young And The Restless’ Spoilers: When Will Billy Boy (Jason Thompson) Be Just, Bill?