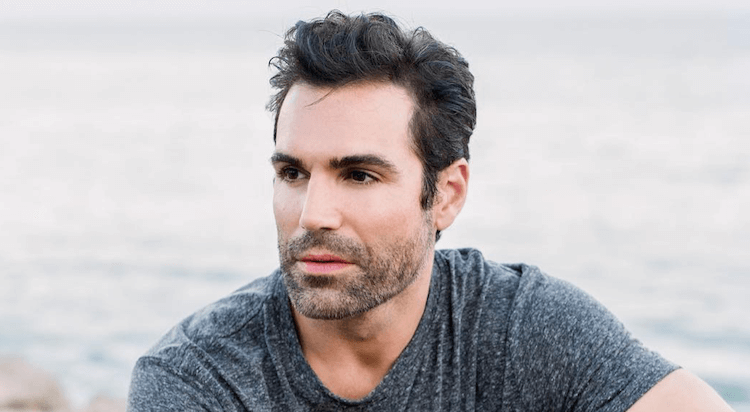 CBS ‘The Young and the Restless’ (Y&R) spoilers finds that star Jordi Vilasuso (Rey Rosales) opens up about some of the ‘firsts’ from his soap career. Here’s what he has to say.

In an interview with Soap Opera Digest, the handsome actor opened up about some of his most memorable scenes from the early years of his career. Recalling his first audition, Jordi said, “I had just moved right after high school to Los Angeles to pursue a TV and film career, so I knew that getting the role [of Tony] would mean relocating to New York City. I really felt like it wasn’t this obsession that I sometimes have with other parts. I was really kind of like, ‘Well, if I don’t get it I still win because I’m really starting to like L.A.’ When you don’t make things too precious and you have perspective on it, it kind of makes it more objective. I was more relaxed and like, ‘Whatever happens, it’s all good. I can’t lose.’ But then I got it, and I was like, ‘Okay, I’m moving to the big city.’”

Jordi says that his first day on the set was just as nerve-wracking if not also exciting, too. He continued, “I remember walking into this huge hall to rehearse because they didn’t rehearse on set. They used chairs to represent the furniture on set and we’d work things out with the director.

The second thing I remember for my first day is that I was going to shoot two guns at the same time. I was fired up because I had never shot a gun before. Even though the guns shot blanks, there was a lot of safety to be considered. I don’t know if any of it really got through to me because I was so excited. When we shot it, I was jumping through the air, shooting two Glocks.”

Now, as far as his first on-screen kiss, Jordi says that’s something he will never forget. “That was with Laura. It was the first time I had ever done something like that and I don’t know if she had kissed anyone [on camera] either. We were both like, ‘How do we do this?

I guess we just do it like we would for real.’ I remember minding my tongue because I had to be as professional as possible. Nobody gives you the instructions of how to kiss even at that age. You just kind of figure it out.”

CBS ‘The Bold and the Beautiful’ Spoilers: Star Scott Clifton Is Thankful For His General Hospital Years