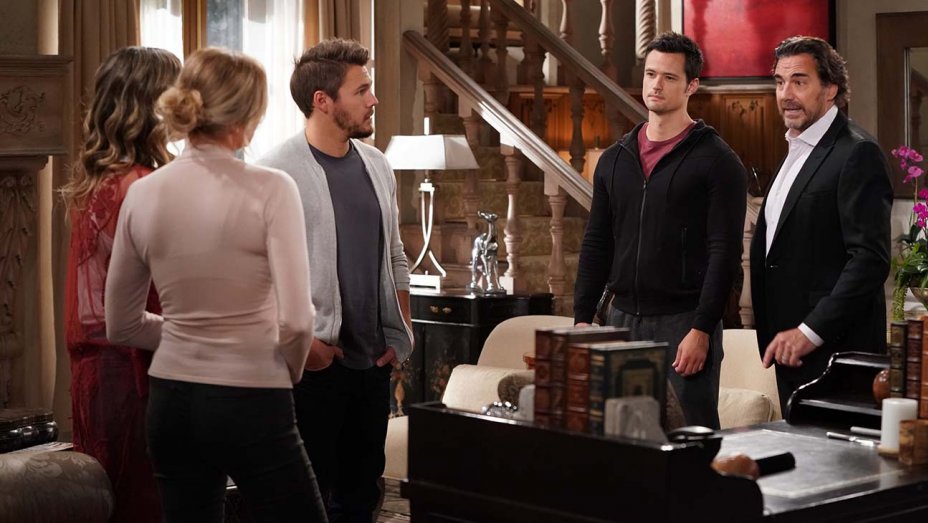 CBS ‘The Bold and the Beautiful’ (B&B) spoilers indicate that executive producer and head writer Bradley Bell recently sat down with Soap Opera Digest and previewed what’s ahead for the legacy Spencer, Forrester, and Logan families in this fictional town of Los Angeles. Here’s what he has to say!

While it’s certainly been a long road back to production after the coronavirus suspended filming back in mid-March, Bell tells the publication that everyone is taking things in stride. In fact, ‘Bold and the Beautiful’ was the first daytime television drama to resume filming back in June and they were also the first to offer new episodes after the several month-long drought because of the pandemic.

Bell said, “Things have been going well. Everyone is enthusiastic and optimistic. In the daytime world, everyone is in go, go, go mode, and to put everything on pause for a while was, of course, necessary but difficult. Once we got the green light from SAG-AFTRA and from California, we were ready to go. We had the scripts, we had the shows blocked. We were just hot out of the starting gate.

It’s been a major learning curve for us going ahead, knowing that it’s all about safety. Safety is paramount. If anything doesn’t feel safe, we will shut down, but so far we have a great team of consultants, healthcare officials that are working with us, and we’re feeling very good about the future and about continuing production.”

He also said that all of the changes to production – including wearing face masks on set, social distancing, and not touching one another when filming – has definitely made things different behind the scenes. Bell explained, “ I would say that more than anyone it affects the actors. They have to create a feeling of intimacy while remaining across the sets from one another.

The actors, along with the directors and the cameramen and our incredible crew. You know, really now more than ever, we’re in the business of making magic and illusion to have these scenes look intimate and tug at your heartstrings, when in fact, very often the actors may be alone in the sets. We’re filming sometimes one at a time with body doubles and dolls. It’s really a challenge for the actors and they’ve been rising to the occasion like they always do.”

If there’s one thing that Bell is definitely the most concerned about, is making sure that the quality of the show remains the same, even if things are operated differently now. He continued, “Well, we’ve simplified the scripts a bit. You’ll see more scenes with just two people. We’re very focused on getting in and shooting quickly and getting out without compromising quality.

The production days are about the same. We’re also very aware of the crew and hair and makeup and everyone onstage who are wearing masks, and in some cases, shields that can be uncomfortable after wearing them hour after hour. We’re really focused on speed along with quality.”

‘The Bold and the Beautiful’ airs weekdays on the CBS network. Check your local listings for times. In the meantime, drop us a line with your thoughts in our comments section below. Also, don’t forget to check back right here for all the latest news, updates and spoilers on your favorite daytime television shows including ‘The Young and the Restless’, ‘The Bold and the Beautiful’, ‘General Hospital’ and ‘Days of Our Lives’.