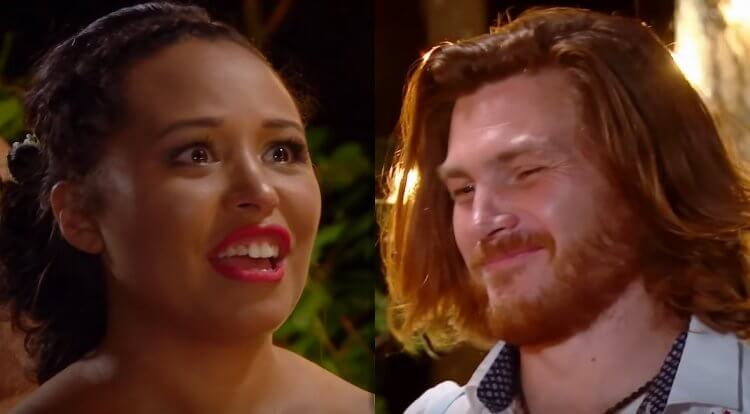 TLC ’90 Day Fiancé: Happily Ever After’ spoilers finds that things are really  getting intense onthe show. Syngin Colchester and Tania Maduro have some serious issues. Tania has always wanted to settle down and start a family in America with Syngin, but after injuring her foot and both of them jobless, things have been very tense between the two of them. On Sunday’s episode, we saw the side of Syngin come out that makes us feel that they will not last.

TLC ’90 Day Fiancé: Happily Ever After’ Spoilers – Syngin Struggles to Make it in America

Tania has been very worried about Syngin’s drinking problem and doesn’t want him to get a job bartending, but it is fast and easy money. On his first interview in Connecticut, he didn’t know how to pour the beer properly and then he wasn’t hired. However, the manager of the bar told him he could drink a beer on him. Then, he had more beers and then shots. He came home drunk and Tania was very concerned.

On Sunday’s episode, Syngin told Tania that he feels very “suffocated.” He told her that he wasn’t sure that this marriage wasn’t what he wanted and he didn’t know if he could deal with her anymore. That’s when Tania got really upset and asked him “why am I doing this s**t? I feel like now I am worried, because it’s like, like, what are you doing with me then? I’m confused. So then that’s something you should’ve thought about, because I said it. So when we were living together and you weren’t thinking about a future together, I was.”

He told cameras, “So, I sometimes think, like..the only reason me and Tania did get married is because of the 90 days and the K-1 visa.” Earlier Syngin opened up to fans, “I’m committed, you know, and I think there’s a good future in America right now for me and good things going on here and everything. You know, obviously, it’s all because of this girl sitting next to you. But if that doesn’t work out, I think I will be on the first plane out of her. I don’t think I would be staying around in America.”

If you want to catch up with Syngin and Tania, tune in on Sunday nights at 8 p.m. EST on TLC for 90 Day Fiancé: Happily Ever After.

CBS ‘The Bold and the Beautiful’ Spoilers: This Is How Katherine Kelly Lang (Brooke Logan) Is Isolating During B&B Taping