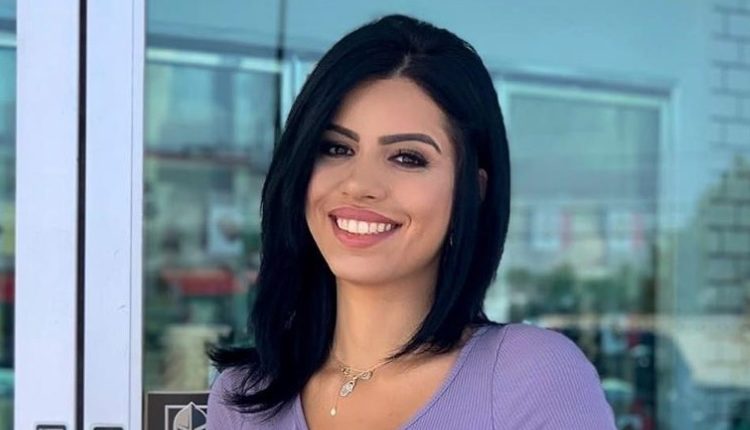 TLC ’90 Day Fiancé: Happily Ever After’ spoilers finds that Larissa dos Santos Lima has been feeling lonely lately. She had a blind date that didn’t go too well after she had word vomit and told her date all about her criminal past. Not a good thing to do on the first date. She has been talking about Colt Johnson a lot on the show, but Colt is having his own drama with the women in his life. On the spoilers for the July 12 episode, we will see Larissa going back to her old ways and calling her ex-boyfriend, Eric Nichols. Does she still have feelings for him or is she desperate?

TLC ’90 Day Fiancé: Happily Ever After’ Spoilers – She Says She’s In Love

When we discover that Larissa has contacted her ex, a lot of details come up about why they broke up. She tells cameras that she broke up with him because he was “cheap”, but then she told her girlfriends that she didn’t like having sex with him.She hopes that by seeing Eric again, the couple can see if the feelings are still there. “Eric isn’t perfect, but he always tried to help me out when we were together. And he doesn’t judge me for anything I did in my life.”

In the spoilers for the show, we will see them fighting and making up and there is one scene when she asks him if he’s going to call the cops on her. Uh oh! This could be trouble. Larissa has also compared the two men. “Between Eric and Colt, I pick Eric, of course. Well, Eric is a Ferrari, and Colt is a Honda from 1980. Eric and I, we are very complicated because we have kind of the same personality.We always make up, then break up, and we just blow up. But different from Colt in that it’s not that fight that leads to arrests or something bad, you know? This is the good thing about Eric and I…we never end up in very bad situations. But yes, we have arguments and we have a lot of drama.”

Fans of 90 Day Fiancé: Happily Ever After are very excited to see what is next for Larissa and Eric. A few months ago, she did share with fans that they were together on social media, but we haven’t heard much about them since. We have our fingers crossed for Larissa and Eric. See more of them on 90 Day Fiancé: Happily Ever After on Sunday nights at 8 p.m. EST on TLC.