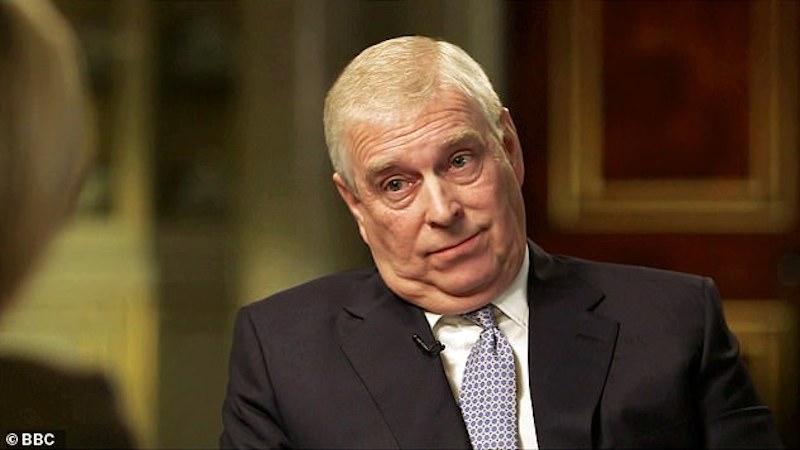 British Royal Family News says that Prince Andrew is so concerned that he might have to answer some serious questions from the Department of Justice about his connection to disgraced financer and dead pedophile Jeffrey Epstein that he’s keeping close to home. Actually, make that close to home and close to his mother, Queen Elizabeth. In fact, there’s a new report that says Prince Andrew is so worried about leaving the UK that he recently canceled his golf trip to Spain after hearing that Ghislaine Maxwell was arrested for her part in Epstein’s sex trafficking ring. Here’s what you need to know.

Even though he claims that he is innocent and that he had very little to do with Jeffrey Epstein and the sex trafficking ring that he apparently engineered with Ghislaine Maxwell’s help, Prince Andrew has gone into hiding. Queen Elizabeth’s favorite son is so worried about being extradited to the U.S. for further questioning that he’s decided against all international travel for the time being, or at least until the monarchy can somehow sweep all of this under the rug for him. Even though Prince Andrew maintains his innocence, he has been photographed on numerous occasions with underaged girls while in the presence of Maxwell and Epstein in both London and New York City.

Meanwhile, a separate report suggests that Maxwell wont’ go down without dragging Prince Andrew down with her. Even though Prince Andrew is denying any and all of the accusations that have been made so far, his accuser, Virginia Giuffre, recently hinted that Queen Elizabeth’s favorite son is probably having a very hard time getting a good night’s rest. That’s because Maxwell is ready to talk the talk and name as many names as possible in order to save herself.

“Prince Andrew should be panicking at the moment because Ghislaine doesn’t really care about anyone else but Ghislaine,” Giuffre said, according to Page Six. So far Buckingham Palace has not made any comments following Ghislaine Maxwell’s arrest or if Prince Andrew plans on cooperating with authorities.

For now, let us know what you think by leaving us a line with your thoughts in our comments section below. And as always, come back right here for all the latest news and updates on your favorite celebs and spoilers on your favorite soaps! For any other soap opera and entertainment news, please visit Daily Soap Dish. For more royal and celeb baby news, come back to Celeb Baby Laundry.