NBC ‘Days of Our Lives’ (DOOL) spoilers for June 22nd reveal there will be a lot of unease in the DiMera mansion Monday. We’ll also see more of the reunion between Gwen (Emily O’Brien) and Jake Lambert (Brandon Barash). Meanwhile, Rafe Hernandez (Galen Gering) will be giving his best effort, and Claire Brady (Olivia Rose Keegan) will continue her mission of redemption. Let’s take a look at what the teasers say.

NBC ‘Days of Our Lives’ Spoilers For June 22: DiMera Unrest

Dirst, ‘Days of Our Lives’ spoilers point to a lot of drama at the DiMera mansion. When we last saw Gabi DiMera (Camila Banus) Friday, she and Chad DiMera (Billy Flynn) came across each other at the mansion. Teasers say they will get into a heated exchange. It’s obvious he’s still convinced Gabi is responsible for Abigail Deveraux’s (Kate Mansi) situation, and he’ll likely be on the attack. But don’t expect Gabi to sit back and take it. She’s determined to prove her innocence, and we’re sure she’ll have a lot to say to him about this. We wouldn’t be surprised if she accused him of being in cahoots with Dr. Wilhelm Rolf (William Utay). At this point? Even that wouldn’t surprise us. The writers are bringing those crazy twists lately.

NBC ‘Days of Our Lives’ Spoilers For June 22: Reunited

Next up, let’s take about our resident mystery guy, Jake. All we really know about him is he has mob ties, had a bad breakup with Gwen, and he just randomly showed up in her (and the mob’s) life about a year and a half ago. Friday, we saw him and Gwen reunited, and that will continue through Monday. Days of Our Lives spoilers reveal Jake gets hot and heavy with Gwen. This is looking like a recipe for disaster, especially if Gabi learns about it. Which, she will. A promo a while back showed that much. We’re looking forward to more back and forth with these exes as they push each other. We see Jake using this to get that book back. Will she go for it? We’ll have to wait and see.

NBC ‘Days of Our Lives’ Spoilers For June 22: Making deals

In other news, Rafe attempts to strike a deal with Rolf. He’d made a promise before, but circumstances delayed him. With Gabi’s trial happening, we expect a tense exchange as Rafe pulls every trick he can think of to get proof of Gabi’s innocence in time. It’s probably going to take something huge to make Rolf play along.

NBC ‘Days of Our Lives’ Spoilers For June 22: My bad

Finally, Claire continues her apology tour on Monday. She apologizes to Hope Brady (Kristian Alfonso) this time for hurting Ciara Brady (Victoria Konefal). We think Hope will be very forgiving, considering her own recent bout with a guilty conscience. 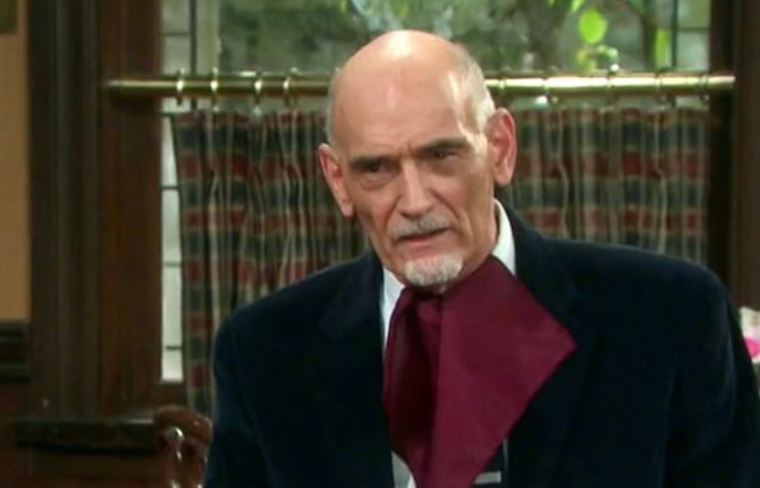