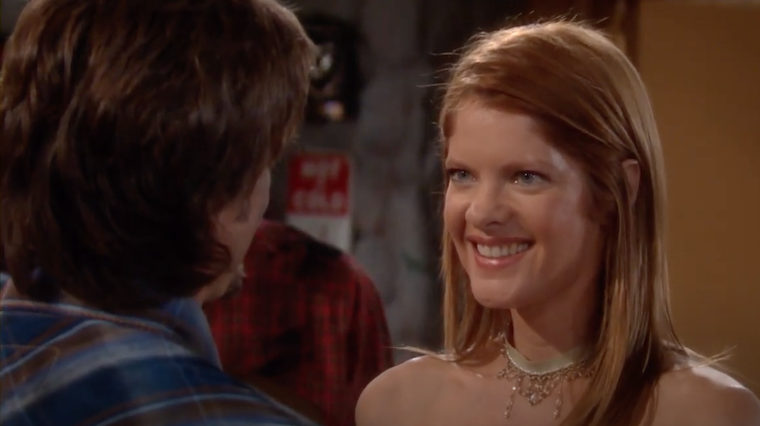 CBS ‘The Young and the Restless’ (Y&R) spoilers finds that this is another old school wedding for Y&R fans today! Nick Newman (Joshua Morrow) said his ‘I Do’s’ to Phyllis Summers (Michelle Stafford) in a little dive bar. The episode was first aired on October 24, 2006, and Nick’s hair definitely shows the style from the early 2000s! His wispy, longer locks looked rough and tumble and he married the feisty redhead in an unlikely Newman ceremony.

CBS ‘The Young and the Restless’ Spoilers: Until Nick and Phyllis that is!

CBS ‘The Young and the Restless’ Spoilers: Nick and Phyllis Wed

At their wedding in a little farm town, nobody knew the couple as they secretly wed. Before their wedding, Nick’s daughter with Sharon, Cassie Newman (Camryn Grimes) had been killed. The grieving dad fell into the arms of another woman and eventually married her. Clearly the two are paving the way for a happy marriage. SPOILER ALERT: Nick will cheat on Phyllis with Sharon and juggle the two women for decades to come.

Meanwhile, Drucilla Winters (Victoria Rowell) may be put away for harassment. The fan-favorite mom and wife is in hot water with the legal system. Thankfully, she has Michael Baldwin (Christian LeBlanc) as her attorney. It looks like life is going a little bit more smoothly for the Newman clan than it is for the Winters, as Devon Hamilton (Bryton James) is debating of dropping out of college.

As the episode wraps up another wedding, we see Genoa City’s feistiest redhead in love – and her not-so-faithful husband-to-be willing to take her hand until the end of time. (Or for a year or so…) Which wedding was your favorite this week?

My name is Celina and I’m a Canadian TV Junkie! There’s nothing like getting lost in a soap opera after a long day at work! I began watching soap operas with my mom when I was young. Together, we watched The Young and The Restless and the rest is history. Thanks for reading!