TLC ’90 Day Fiancé: Before the 90 Days’ spoilers finds that Stephanie Matto and Erika Owens were the first same-sex couple in franchise history. The couple had an explosive breakup and haven’t really spoken since. This had not kept them for being all over social media though. When things weren’t going well on the show, Stephanie decided to take a break from social media. Days later, she was back on and she hasn’t looked back. Her last couple of posts have made a lot of her followers scratch their heads. 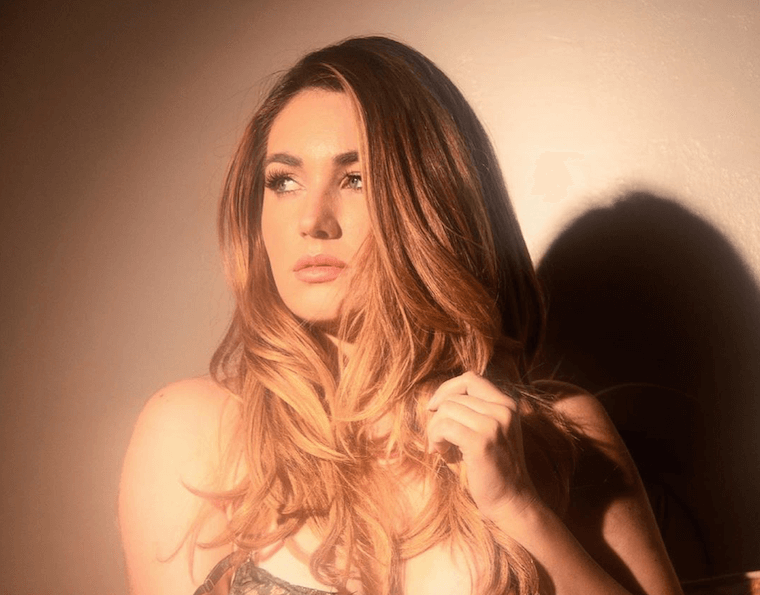 Stephanie loves to show off her body and her face on Instagram and it hasn’t stopped. The first strange post was a selfie and she quoted Lionel Richie lyrics. The odd part about this was her location. She tagged herself at the Erectile Dysfunction District. Fans were quick to reply to this picture. One wrote, “You portray yourself as a SLUT.” Another wrote, “Steph, who are you? Parlay this behavior and characteristics to your relationships and you’ll be fine.” “You seem like a great person Steph, and you’re right, we don’t know the entire story but Erika is right, you have a lot of jealousy and anger issues that you need to address with someone professionally. She may not have told you about the relationship, but that was an entirely separate conversation. You flew off the handle and you aren’t going to know everything about everyone, including your spouses friends. People don’t have to tell you things if they don’t want to. Whether they had sex with your spouse isn’t really your business. If someone is faithful to you, then it shouldn’t be an issue unless you let it, which you did. You come off as a different person from your online persona as to the real person you are and at the end of the day, it’s just the internet. Being real is sexier.”

Some fans were a little upset by the post. One wrote, “Stop. We Czechs deserve better representation.” Another wrote, “how about why were you on judge Judy suing an ex for wearing granny panties ?? Seems like you will get on any sort of TV even if it’s not really you. We all know you’re not gay.” Another chimed in, “Not saying it’s right but what do u except was going to happen when u post half naked pics and have a fans only. You have every right though do wear and do what u want but you take the lows with highs, you just seem like you’re trying to get people to feel bad for you.”

Overall, fans thought the video was pretty funny and were glad that she is standing up for herself, but one fan has a point, she does post some sexy photos online of herself. If you want to see what happens next for Steph, tune into 90 Day Fiancé: Before the 90 Days on TLC on Sundays at 8 p.m. EST.

CBS ‘The Young and the Restless’ Spoilers: Bryton James Opens Up About The Winters Family Legacy

NBC ‘Days of Our Lives’ Spoilers: Paul Telfer (Xander Cook) Is Ready To Meet And Greet Fans In Person