TLC ’90 Day Fiancé’: Before the 90 Days’ spoilers has introduced us to Lisa Hamme and Usman Umar on the show. Lisa Hamme recently did an interview with Nigerian celebrity, Katung Aduwak and she spoke out to him about receiving death threats. We have the story right here. 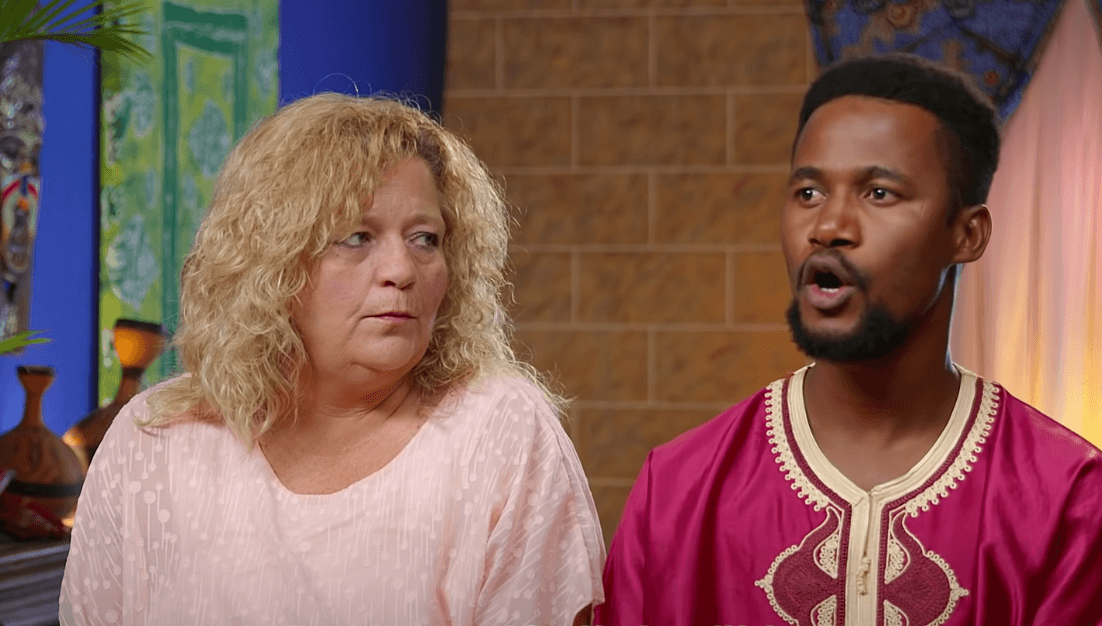 Katung asks Lisa about the death threats that she is receiving. He says, “I do not support death threats no matter what anybody has done. Nobody should be receiving any death threats. We have no right as human beings to be trying to take anybody’s life or making people uncomfortable. No matter what.” Lisa then told him, “Well, the death threats come from a certain person who is trying to become a blogger. They’re completely obsessed with me. It’s an obsession they have with me and my husband. She tried to hustle my husband, then when she could not do it to him, she came after me ten days later. When that didn’t work, now she’s come to a platform and she has her followers sending me threats, death threats, sending my fans death threats. It’s unacceptable. This person apparently has no life and I really don’t know what to do with it because, now, to be honest, the police departments are involved and so is the FBI.”

Then Katung says to her, “So you’re saying she wants to take your husband and she wants to become a blogger.” Lisa tells him, “Well, she doesn’t want to take him, she’s a married woman. This is some sadistic game she is playing. It’s something she tries to do with every season. She put it in text, you know once it’s in text, it’s never taken away.” Then she goes into what she sent Katung on Reddit, but he said he cannot pull it up on the interview. Then they move on. Lisa told him that she stole her surgical pictures and posted them online. She said that she is very dangerous to anyone around her. Katung sends Lisa just positive vibes when they talk about this. Lisa told him that Usman is in no hurry to get to America and she said that the show has shown him in a different way. She then touched on the fact that they have been together for three years and that if he really just wanted a visa from her, he would have done that three years ago.

The session with @baby_girl_lisa_2020 MUST WATCH

She said that the show has turned up her personality and it was all for the ratings and for the show. She wanted to talk more about the ‘I love you’ text message that she found on his phone. She said, “Let’s face facts. I’m 53 years old. My husband’s 31 and with the show, it has blown up so much that he is kind of overwhelmed, he is flattered by it, so he made a mistake by text. He didn’t do it in person, he did it by text. Don’t cast the first stone, because we all have sins. That was a personal decision between my husband and I. We worked it out between us and now that it’s public, it’s now around the world. It’s a very private matter between a husband and a wife. I forgave my husband for what he’s done and we’re moving forward.” During the interview, Katung does read some comments from those who are watching it live and he did tell them that Lisa apologized for using the n-word and they would have to revisit it after he did more research on what she said about how it is used for slang and by all races. If you want to see what happens next with Lisa and Usman, be sure to tune into 90 Day Fiancé: Before the 90 Days on TLC on Sundays at 8 p.m. EST.