TLC ’90 Day Fiancé: Self-Quarantined’ spoilers finds that we are all having some trouble with the self-quaranting process and the longer we stay inside, the more stressed we get and just the idea of going anywhere, even the grocery store is the highlight of our week! Former TLC stars, Anna Campisi and Mursel Mistanoglu appeared on the 90 Day Fiancé: Self-Quarantined show and took us in their home to see what they have been doing during this uncertain time. It seems that Anna’s sons have started to bond with Mursel in a way that no one ever thought possible. 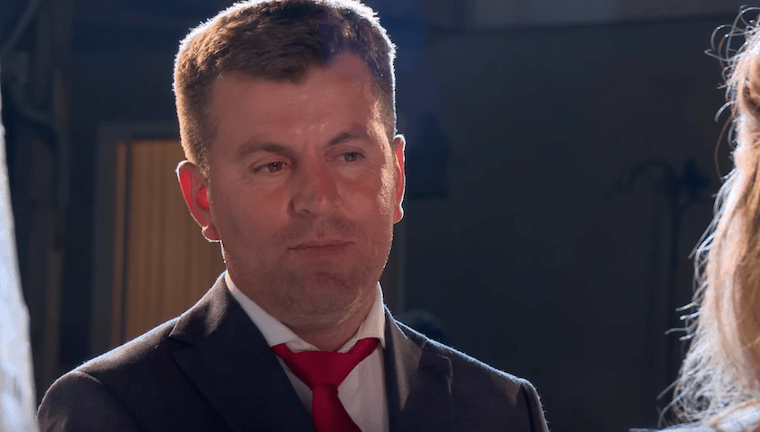 Anna and Mursel had a bumpy start to their marriage. The two of them met on a beekeeper Facebook group and fell in love. Mursel hadn’t told his strict, Muslim parents about Anna having children because he knew that they would not approve of their relationship. He flew back to Turkey when he told them and we all thought these done were done. Luckily, he was given a blessing from his parents and he flew back to Nebraska to marry Anna, just right before the 90 days was up.

Mursel has been spending a lot of time with Anna and her sons now that they are all quarantined. Anna has noticed some changes in everyone in the house. “Mursel’s using the time to hangout with the boys. When Mursel came over, it was pretty rough with the boys but I’m pretty happy with how things are going now.” Mursel doesn’t have to use the translator app on his phone anymore and his English has gotten very good since he’s been in Nebraska with Anna and the boys.

One of the hardest parts of this whole thing is homeschooling her children. It has been tough to try and teach them because they are “not very disciplined” when it comes to the homeschooling part of it all. She also tried to give them haircuts, but that didn’t go over too well either. Mursel has been spending so much time with them and Anna really appreciates it. She is happy with the way things are going for them right now. TLC’s 90 Day Fiancé: Self-Quarantined airs on Monday nights. You can catch it at 9 p.m. EST. You can also see other former couples from the 90 Day Fiancé franchise. When we see what they are going through during quarantine, it doesn’t make us feel as bad that we are dealing with the same things too.