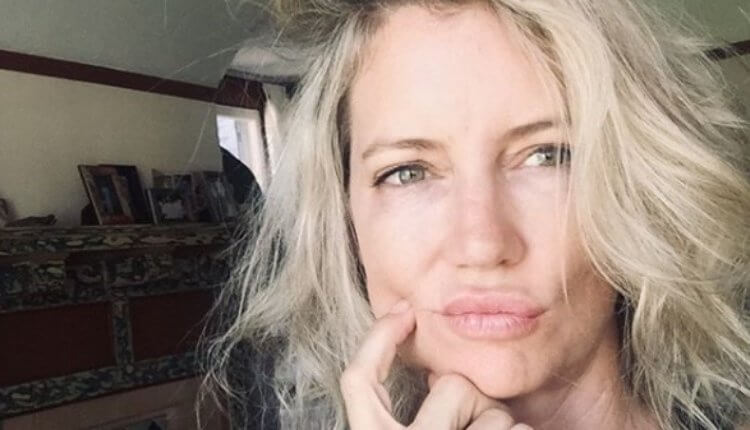 ABC ‘General Hospital’ (GH) spoilers find that star Cynthia Watros might be one of the most talented and beautiful actresses in the entertainment industry, but even she has some slip-ups from time to time. Here’s why!

Cynthia, who as many fans can recall replaced actress Michelle Stafford as the new Nina Reeves back in 2019, has been getting rave reviews for her portrayal as the character. However, the actress says that it’s what she does before the cameras start rolling that she gets the most attention. As a matter of fact, there are some things that were caught on camera that have left her red-faced with embarrassment!

Speaking to Soap Opera Digest, the beautiful blonde confessed, “I like to goof around before takes. I do really ridiculous dances. I just thought we were waiting to start taping, but the cameras were actually rolling on my most ridiculous dances and they played it at the Christmas party on the blooper reel! That’s how I learned that they were taping my stupid, silly dances.”

What caption should be under this picture?

Even though Cynthia thinks that her dances are “silly” and “stupid,” a lot of her ‘General Hospital’ co-stars would disagree! As a matter of fact, it’s Cynthia’s fun spirt and friendly demeanor that makes her such a joy to work with and of course, watch on the canvas. Now, as far as what’s in store for her character, Nina Reeves, remains to be seen. Unfortunately, new episodes of General Hospital have officially run out, with the soap resorting to airing classic and nostalgic episodes until the cast and crew are given the green light to film again.  ‘General Hospital’, along with the rest of the daytime television industry, was forced to pause production back in March because of the coronavirus outbreak. While no return date has been set, there’s some speculation that airing might resume as early as June. We will definitely update you with all of the latest details as they come in.

‘General Hospital’ airs weekdays on the ABC network. Check your local listings for times. Let us know what you think in the comments section below. In the meantime, don’t forget to check back right here for all the latest news, updates and spoilers on your favorite daytime television shows including The Young and the Restless, The Bold and the Beautiful, General Hospital and Days of Our Lives. Don’t forget to visit TV Rocker for all of the latest exciting news on all of your favorite daytime television soaps.

CBS ‘The Bold and the Beautiful’ Spoilers: Fans Rejoice – More New Episodes On The Way!

British Royal FamilyNews: Should Prince Harry And Meghan Markle Have Moved To Africa Instead?