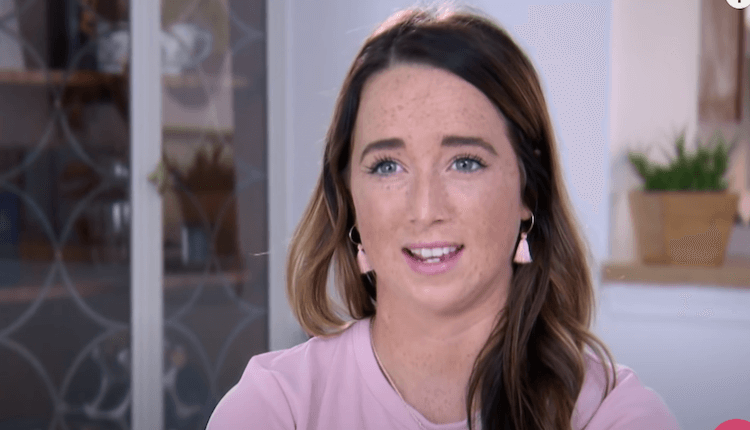 Lifetime ‘Married at First Sight’ spoilers expose that Katie Conrad and Derek Sherman split before the reunion special, despite their commitment to stay together on Decision Day. Katie and Derek showed promising sparks of chemistry at the beginning of their marriage. However, social media and leaked news point to the couple’s divorce.

Katie and Derek seemed quite attracted to each other at the beginning of their marriage. However, as fans know from 10 Seasons of MAFS, love cannot be forced. Derek admitted on an episode of MAFS that he is not in love with Katie just yet. He explained that it could take “six months to a year” for the couple to fully get to know one another.

Derek feels that developing a deep love takes time and must happen organically. Upon hearing this admission, Katie revealed that she still has lingering feelings for her ex-boyfriend. (Apparently, Katie’s ex revealed he was still in love with her and did not want her to appear on MAFS.) Some fans wondered if this was actually true or if Katie was slightly hurt by Derek’s admission. Maybe she felt the need to get back at him. Regardless, Derek expressed that he has no desire to compete with an ex-boyfriend. On top of that issue, Derek has been caught flirting with other female castmates, and this has resulted in some heated arguments between the pair.

Katie has made it clear that she felt Derek might be losing his romantic touch and become “too comfortable” in the marriage. Derek frequently disclosed his bathroom habits to Katie, which is a major turn-off for her. She has stated this makes her worry that she will quickly lose her attraction to Derek. In addition, Derek has never been in love but desired for his participation in MAFS to be the first (and last) time he falls in love. Yet, he was obviously not as captivated from the start as he had hoped.

As of now, we are unsure about what exactly happened to end Katie and Derek’s relationship. There could be some major news to leak in the coming days to give us more information about the developments between their commitment on Decision Day and their single status by the time the reunion show airs. The spark fizzled out somewhere, and we are itching to see what exactly happened to the initially promising duo!

‘Married at First Sight’ Spoilers: Saying ‘I Do’ –…