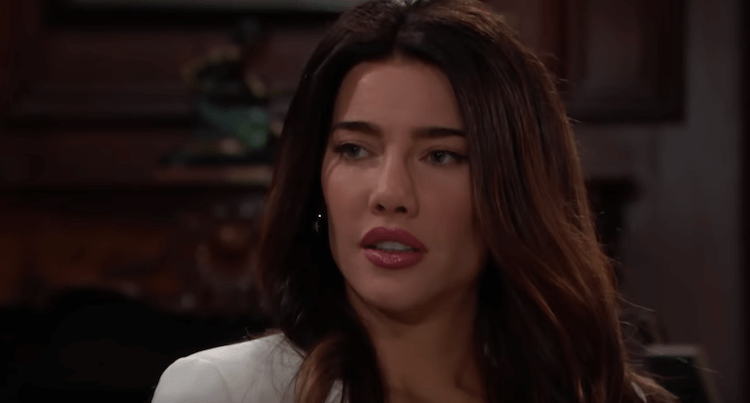 CBS ‘The Bold and the Beautiful’ Spoilers for April 6: Steffy Forrester (Jacqueline MacInnes Wood) Has a New Partner For the Fall Line – Zoe Buckingham (Kiara Barnes)!

CBS ‘The Bold and the Beautiful’ (B&B) spoilers for April 6th, 2020 indicate that in a weird turn of events, Steffy Forrester (Jacqueline MacInness Wood) and Zoe Buckingham (Kiara Barnes) will catch up with each other. (Did anyone catch that these two were on speaking terms? No, okay.) They’ll be talking about everything that has gone on recently, starting with Zoe’s recent almost-wedding to Thomas Forrest (Matthew Atkinson).

CBS ‘The Bold and the Beautiful’ Spoilers for April 6: Steffy has a new parter for the fall line – Zoe!

As we all know he had schemed and manipulated behind the scenes in order to get the woman that he really wanted to marry, Hope Logan (Annika Noelle) to the altar instead of poor Zoe. Instead of truly loving Zoe, he was just using her as a pawn instead. Zoe is still stinging from that, but Steffy will assure her that perhaps true love will come along sooner than she thinks. Afterwards these two will descend into fashion talk and they will start working on the fall line together as the weeks progress. I guess all the baby swap nonsense is behind them now, good thing because they both need a pal right now.

CBS ‘The Bold and the Beautiful’ Spoilers for April 6: Zoe says the whole thing with Sally is weird – gurl, you don’t know the half of it!

Of course no one can talk about fashion without mention of Sally Spectra (Courtney Hope), and Zoe will mention how weirded out she is by Sally’s living arrangement with Wyatt Spencer (Darin Brooks) and how Flo Fulton (Katrina Bowden) is just magically ‘okay’ with everything. While Steffy sees Zoe’s point, she also thinks that Sally isn’t long for this world and that everyone’s just doing what’s best and most supportive for her right now and that is keeping her happy and comfortable during her last days.

CBS ‘The Bold and the Beautiful’ Spoilers for April 6: Flo gets an earful!!!

Speaking of Flo, she is worried about her rival, Sally. She’s afraid that she’s not getting enough help to be able to deal with her illness so she will take it upon herself to pay Dr. Penny Escobar (Monica Ruiz) a little visit. First, she’ll assure Dr. Escobar that she is in no way looking for confidential patient information so she can’t get in trouble with HIPAA or anything, but that she just wants to know some general things in order to be able to furthe help Sally. Of course Dr Escobar will immediately get defensive and lash out at Flo and refuse to offer any sort of help to Flo’s cause at all. Flo wasn’t looking for confidential information but it looks like the more Dr. Escobar tries to keep things quiet, the more she’ll fail! Stay tuned!!!