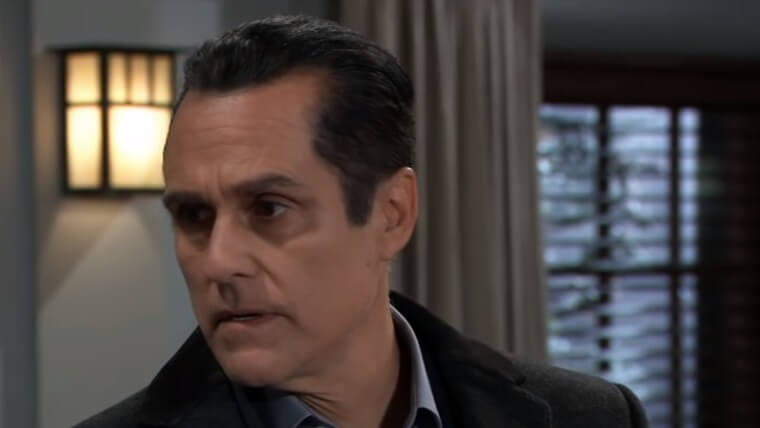 ABC ‘General Hospital’ (GH) spoilers for March 4th, 2020 indicate that after meeting with Curtis Ashford (Donnell Turner) and Jason Morgan (Steve Morgan) that Sonny Corinthos (Maurice Bernard) is ready to talk about the next move in the chess game against Cyrus Renault (Jeff Kober), he’s a problem that needs to be dealt with and quickly. Jordan Ashford (Briana Nicole Henry) will suggest a wild strategy of her own which will involve her turning herself in but Curtis will advise against that.He’ll want Sonny to do all teh dirty work which may result in some drama by Thursday so we’ll just have to stay tuned and see what all that entails. Besides, Jordan doesn’t exactly have time to go to prison, because son TJ Ashford (Tahj Bellow) will end up in serious trouble very soon. Yike! Please stay out of prison, Mama Bear!

Speaking of Mama Bears, Willow Tait (Katelyn MacMullen) will be a lot more hopeful about the situation with Wiley Corinthos (Erik and Theo Olson) and will most likely take the advice of Michael Corinthos (Chad Duell) and stay in little WIley’s life. But boyfriend Detective Harrison Chase (Josh Swickard) will have other ideas about this, thinking that Michael may be making the whole grief thing way harder for Willow to accept than it needs to be. But Sasha Gilmore (Sofia Mattson) will try and make him see things a different way, she knows that it’s not Michael’s intention to hurt Willow, but that Willow removing herself from the situation may not be the wisest decision, after all, she has a Mother’s feelings for the child and you can’t just turn that off by cold turkey separation. Sasha will try her best to smooth things over between the two pals and hopefully it’ll work.

ABC ‘General Hospital’ Spoilers for March 04: Carly will unleash her wrath on Nelle

Looks like Nelle Benson Archer (Chloe Lanier) has a plan to get her sprung from jail yet again, which will infuriate Carly Corinthos (Laura Wright). She’ll be especially ticked off when she sees Nelle talking to ‘God’, Carly will tell her that she’d be better off not addressing the Almighty at all considering the things that she’s done. Michael won’t be too thrilled with this either but as far as anger, I think Carly will win the award here.

Brooke Lynn Quartermaine (Amanda Setton) will be sorely tempted to consider Linc Brown’s (Dan Buran) offer, because it will mean that in exchange for her ELQ shares she will be let go of this horrible contract but when she mentions it to Olivia Quartermaine (LIsa LoCicero) she’ll wonder if this offer’s actually legit or not. Olivia knows that there’s someone out there who could potentially pose a threat to ELQ and she doesn’t want that to happen.

ABC ‘General Hospital’ Spoilers for March 04: Will Ned be left holding the bag?

Ned Quartermaine (Wally Kurth) might intervene and try to make Brook Lynn from making the sale but we all know that this is only going to serve to make things worse. Brook Lynn and her Dad are not on the bes of terms right now and she is determined to prove that Daddy doesn’t have control of her so she may end up selling her ELQ shares out of spite and then Ned is going to be left holding the bag. But will she actually pull the trigger? Stay tuned!!!