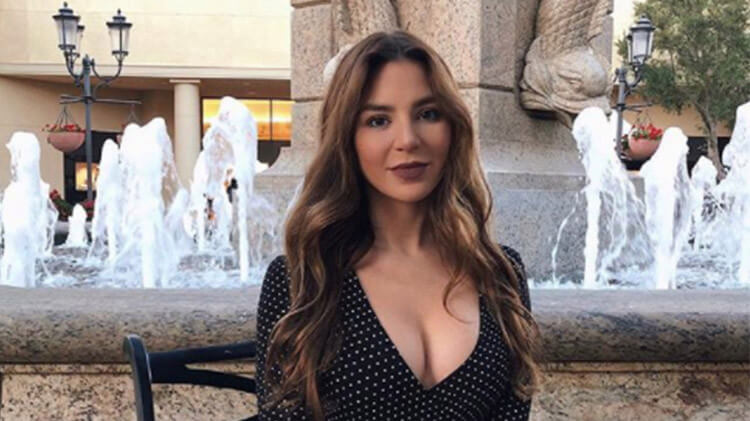 TLC 90 Day Fiancé spoilers has introduced us to a lot of interesting couples. One of them is Anfisa Nafgizer and Jorge Nava. These two are no longer together and Jorge is dealing with some drug dealing charges. Anfisa decided that she would go on with her life and now seems to be doing well in her world of fitness. She has been working out so much and now looks better than ever! She has been posing videos about healthy eating and working out. She has a new love in her life too. His name is Leo and she has confirmed that they are together.

Fans of the show have seen a lot of posts on social media from Anfisa and they continue to remind her and each other that she is still married to Jorge. He is sitting in prison for his marijuana charges, but it looks as if he will be out soon. Anfisa has not been shy about posting pictures of her and Leo. In one of Leo’s posts, fans of the show had a lot to say. One said, “Glad to see the queen happy. I hope you treat her right!” Another wrote, “So glad the queen found her king.” Leo thanked all of his followers for their kind words and he never denied that they were an item.

When the rumors started swirling, Anfisa’s followers were happy for her, but some were curious as to what is happening with Jorge while she is dating Leo. In her pictures, she is no longer wearing her wedding ring, so that really got fans up in arms. One fan wrote, “How does this ONE picture mean she moved on!? How does this ONE picture mean that she isn’t loyal? How does this one picture mean this is her new man? Why do we assume the worst? I take pictures with men and I’m not screwing them! He’s my new love interest because I hung out with him or took pictures with him?” No matter what fans are saying, it does seem that they are together and exclusive. We are not sure when Jorge will be out of prison, but we will keep you updated on what happens next.

NBC ‘Days of Our Lives’ Spoilers: Maggie Remembers The Night She Killed Adrienne

TLC Say Yes to the Dress America Spoilers: Behind the Scenes With Randy Fenoli!

TLC 90 Day Fiancé Spoilers: Jorge Nava Gets on Instagram From Prison After Anfisa…