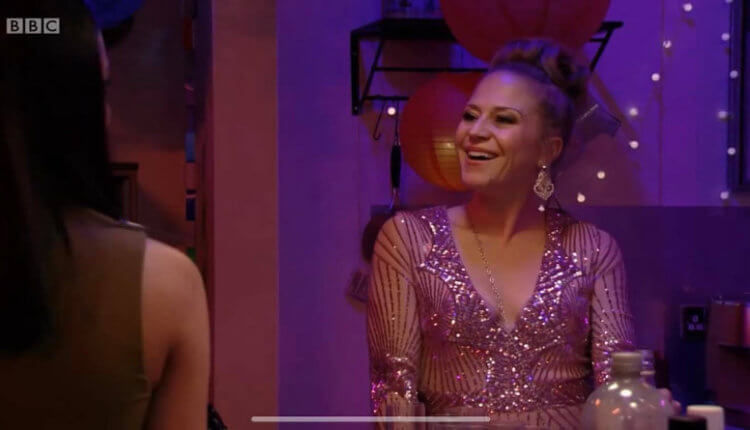 EastEnders Spoilers: Linda On The Road To Recovery?

Linda Carter has endured a nightmare over recent years. Her dependency on alcohol has almost led to her losing the family members that she is closest to. Mick Carter almost turned his back on her while she almost lost her son as her life spiralled.

The landlady’s need to get drunk in order to get over her life troubles got so severe that her son was almost killed last year. However, the events from last week could mean that she is about to change her life for the better. Fans could see a reborn version of Linda over the coming months.

As the boat sank last week, both Linda and Mick were left fighting for their lives. Linda was drunk and struggled to move her body into a position where she would be safe, and that has led her to have a drastic think about the path that she is taking in life. This week fans will see Linda fighting hard to combat her addiction, and she looks for a fresh start.

The transformation will be remarkable. She will attend a school function alongside her husband and witness her son pick up a second-place trophy for a costume that Linda helped create. Tina will then give her words of motivation later in the evening, as she admits that she is doing a wonderful job.

EastEnders Spoilers: Could Mick’s Drama Knock Her Back?

Linda will be aware that with the support from her close friends and family she will be able to overcome this addiction. But, could there already be trouble on the horizon in the form of Mick’s dealings with Whitney following the accidental killing of Leo King?

Nobody knows at the moment that Mick was pivotal in helping Whitney dispose of the body and that he was the first person that she called. However, those pieces of information are set to come out soon as Gray Atkins delves deeper. Will Linda be able to steer clear of the booze when she learns about her husband’s cover-up?