Decisiones: Unos ganan, otros pierden spoilers relate to family issues. This was a welcome change after a strong of love disaster stories. On Wednesday, January 15th, the anthology series dealt with child abuse and religion. Here’s what you need to know. 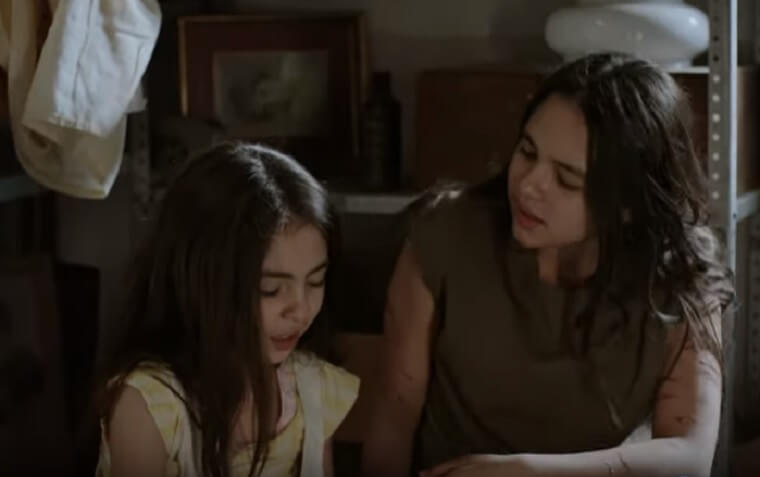 This one focused on a couple with three children. The father, Oliver, is the one who calls the shots in that house and his wife, Marisela is more than happy to obey. They keep their children locked up in the house to keep them away from the evil in the world, and put their well-being in the hands of the Supreme Being. It’s a totally cultist environment that also includes physical abuse when they aren’t being Godly enough.

The hero is this story is eldest daughter Estefanía (Isabelle Sierra). She is clearly not buying into her parents’ thinking, and has begun to question a lot of what they do. For example, she calls her mother out for using a phone when it’s supposed to be a bad thing. Later on, Estefanía openly challenges her father when one of her siblings is sick and he refuses a doctor.

When an S.O.S attempt leads to the death of a neighbor and a police presence in their neighborhood, the family is ready to run. But with one very sick child, Oliver thinks they’ll be better off as four for now. Estefanía overhears her father planning to leave one of his old children behind and decides enough is enough. She manages to lock her parents in a room and then escapes the house in search of help. Eventually, we see her happily living out of fantasy of spinning around in the open air and sun.

Fans of La Reina del Sur will know Isabella Sierra. She played Sofia Dantes, daughter of Teresa Mendoza (Kate del Castillo). She’ll soon be part of another Telemundo production, but for now, this child actress showed off more of why she’s a face to watch. Her growing resentment and frustration was well-played, and the feisty, daring nature of her latest character was reminiscent of Sofia. Also, we loved the way she’s able to display the pain of her character so well, alongside a protective, nurturing side that came out in the final scene in particular. She’d been comforting her siblings after the police came to take their parents away. Overall, this episode had a lot of great performances and plenty of feels.

CBS ‘The Bold and the Beautiful’ Spoilers: Wayne Brady (Reese Buckingham) Gets touching message from the Long Island Medium