NBC ‘Days of Our Lives’ (DOOL) spoilers for next week, Monday, January 24, reveal there’s really no good choice. We knew Xander Cook (Paul Telfer) and Victor Kiriakis (John Aniston) had a dark secret. We saw the rumors about what it really was, but it’s something you just have to see to believe. It’s a situation that’s both sympathetic and insane. Here’s what you need to know. 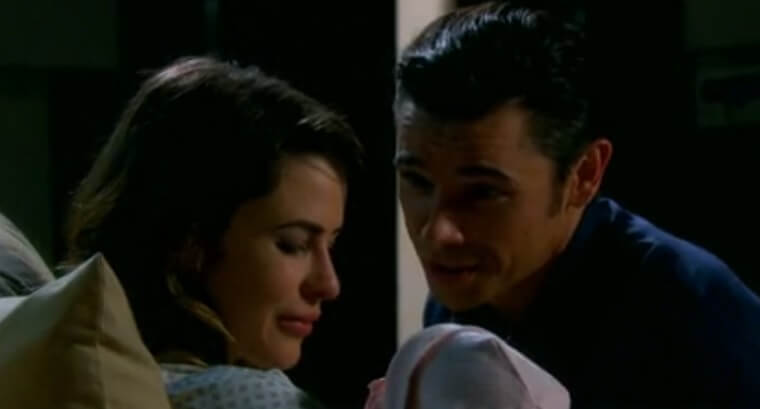 Will Horton (Chandler Massey) proved he’s too nice. And maybe a little dumb. ‘Days of Our Lives’ spoilers reveal he took the blame for the accident that killed Adrienne Johnson (Judi Evans). On the surface, it seems a logical thing. He only saw himself on that road when it all went down. And he was distracted by his cell phone. So, he assumed he was the cause and confessed. It was a gut-wrenching scene where Sonny and Justin Kiriakis (Freddie Smith, Wally Kurth) were both furious and in disbelief. Before he told his love, he confessed to JJ Deveraux (Casey Moss). With Victor and Xander close by, and knowing Maggie Kiriakis (Suzanne Rogers) is really to blame, it’s like he handed Victor a ready-made excuse on a platter. It is any wonder Victor took the bait?

To Xander’s credit, as soon as they heard Will cop to the accident, he told Victor who was really at fault. He even objected to the idea of letting Will take the fall. Unfortunately, it seems he’s not as tough as he seems. Victor was able to convince him to go along for Maggie’s sake. But a worse situation was to come.

While visiting Baby Horton, things took a turn for the worse. ‘Days of Our Lives’ spoilers indicate Sarah Horton’s (Linsey Godfrey) baby suffered some complications later as a result of the accident. She didn’t survive. This let to a decision that would impact others. Victor and Xander had her baby switched with Kristen DiMera’s (Stacy Haiduk). We can only assume some heavy bribing and corruption took place, because a physician was there at the time and pronounced Baby Horton dead. Not another one. This sounds like the slimiest move ever, but we almost understand Xander’s willingness to go along. Poor Sarah would be destroyed to learn her own mother killed her child, as well as Adrienne. It seems kinder in a lot of ways, and Xander seems to have nothing but a desire to protect Sarah in mind. There’s just a couple of problems.

NBC ‘Days of Our Lives’ Spoilers: Not built to last

As we pointed out with the ‘General Hospital’ baby swap, eventually kids grow up and they start looking like their parents. If the child grows up to look too much like Kristen, this would clearly be a red flag that would make people wonder. Also, Sarah’s a doctor. Surely, she’d want her baby’s blood type on file. Mickey is also currently in a medical situation where tests are sure to reveal something. Wouldn’t Sarah have been better off knowing the truth then, rather than finding out months or years later?

Besides, this choice had an unintended consequence. When chance forced Haley Chen (Thia Megia) to break the bad news to Kristen, she lost it and physically confronted Haley, sending her down a flight of stairs. The scene shows it was a clear accidental move. Poor Kristen was too out of it to realize what she was about to do, but the damage remains—Haley is dead, and that baby switch is the reason why. We really wouldn’t want to be a character in Salem these days. It’s going down.

For any other soap opera and entertainment news, please visit Daily Soap Dish. For more royal and celeb baby news, come back to TV Rocker.

Telemundo Operación Pacífico Spoilers: Save the date! The adventure’s about to begin…

NBC ‘Days of Our Lives’ Spoilers: Camila Banus (Gabi DiMera) Has An…

NBC ‘Days Of Our Lives’ Spoilers: Chloe Lane (Nadia Bjorlin) To Return to…

NBC ‘Days of Our Lives’ Spoilers Thursday, February 27: Will & Sonny…