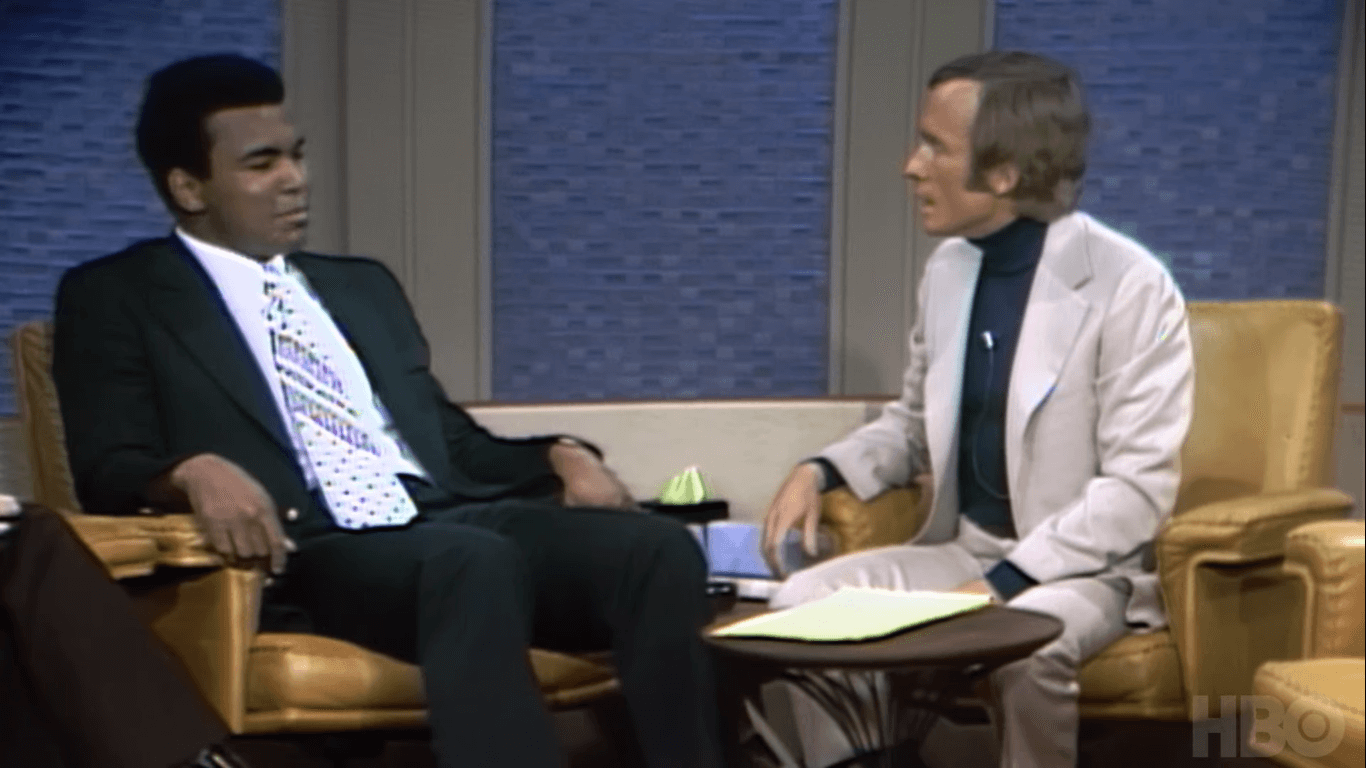 HBO’s ‘Ali & Cavett: The Tale Of The Tapes’ trailer is out and it looks truly special. It’s a new documentary to chronicles the friendship between legendary boxer Muhammad Ali and talk show host Dick Cavett. Ali went 56-5 in his career with an amazing 37 wins by KO. He is often regarded as the greatest boxer of all time. To quote himself, “I am the greatest, I said that even before I knew I was.”

Dick Cavett notable for his conversational style and in-depth discussions. He treated his guests like actual people, and not like famous trophies to beguile. Ali especially loved him because it was the only show that invited him on after one of his losses. Meanwhile, the other competitor would go on all the other shows.

Dick Cavett was a huge talk show host, and had everyone from John Lennon to Jimi Hendrix. Especially during the late 1960s, and 70s he brought on many guests of different backgrounds. It immediately attracted Ali, who was funny and charismatic. The bond almost felt instant, and it wasn’t long before Ali was back on Cavett’s show numerous times. Cavett describes him as, “He was funny, and at times he went over the line. From the moment we met, we hit it off.”

“There was a time in my life I felt like he was my best friend.”

Appearing in the documentary are several popular figures and even Dick Cavett himself. Cavett sits down and describes what it was like knowing the great boxer and how much he really cared about him. ‘Ali & Cavett: The Tale Of The Tapes’ is an HBO film you cannot afford to miss. It not only shows the friendship between the two men but an electric Ali. When he started speaking he could control a crowd and made people listen to issues about politics, race and more.

Don’t forget to engage in the comments below with other soap opera junkies and let us know what you think. Come back to Daily Soap Dish for all the latest news, updates and spoilers on ‘Days of Our Lives’, ‘General Hospital’, ‘The Young and the Restless’ and ‘The Bold and the Beautiful’. For any other soap opera and entertainment news, please visit Daily Soap Dish.