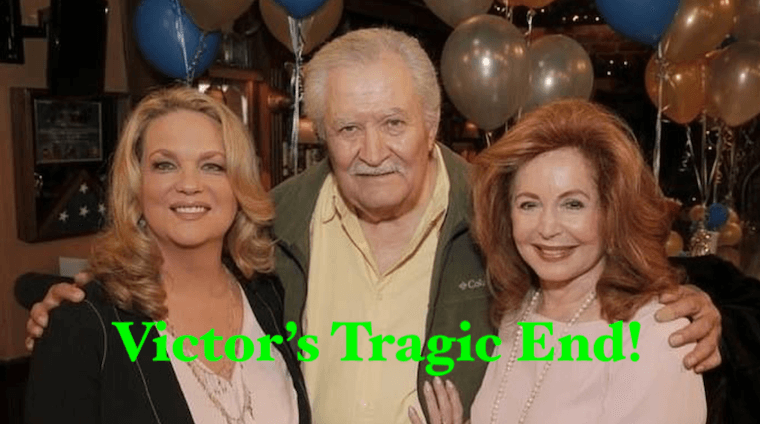 ‘Days of Our Lives'(DOOL) Spoilers: indicate that everyone is asking the same question: is this the end for Victor Kiriakis? And if so, does this mean that his portrayer, John Aniston, is looking to step down and retire from his long career in daytime television? Here’s what you need to know.

‘Days of Our Lives'(DOOL) spoilers tease that Victor suffers a stroke after a heated argument with his granddaughter, Ciara Brady (Victoria Konefal). Of course, she didn’t expect for it to happen this way. But the two of them have been at odds for quite some time, mostly because of Ben Weston (Robert Scott Wilson). Ciara is madly in love with the former “Necktie Killer” while Victor has been trying to do whatever he can to get rid of him once and for all.

‘Days Of Our Lives'(DOOL) Spoilers: Is This The End Of The Line For Victor Kiriakis – John Aniston Wrapping Up Days?

Of course, Victor is suspicious that Ciara has been seeing Ben behind his back. He even got Xander Cook (Paul Telfer) to track her at the Salem jail, as he had a feeling that Ciara was visiting the jail to visit her boyfriend. But after one thing led to another, Victor suffered a serious health stroke that might potentially put his life at risk.

‘Days of Our Lives'(DOOL) spoilers also say that Xander is going to blame Victor’s condition on Ciara. As much as Ciara tries to defend herself, she’s also worried about her grandfather. While he might be the most powerful and dangerous man in Salem, he is still her beloved grandfather.

With that said, there’s now speculation that this current storyline might make way for John Aniston’s possible retirement. The actor himself has not made any comments but seeing how he has been in the business for many long decades now, anything is possible. We will definitely update you with all of the latest information.

‘Days of Our Lives'(DOOL) airs on the NBC network. Check your local listings for times. In the meantime, don’t forget to drop us a line with your thoughts in our comments section below. Also, come back to Daily Soap Dish for all the latest news, updates and spoilers on Days of Our Lives, General Hospital, The Young and the Restless and The Bold and the Beautiful right here. For more royal and celeb baby news, come back to Celeb Baby Laundry.