CBS ‘The Young and the Restless’ Spoilers: Will Victoria Take Billy Back Or Has She Finally Reached Her Breaking Point? 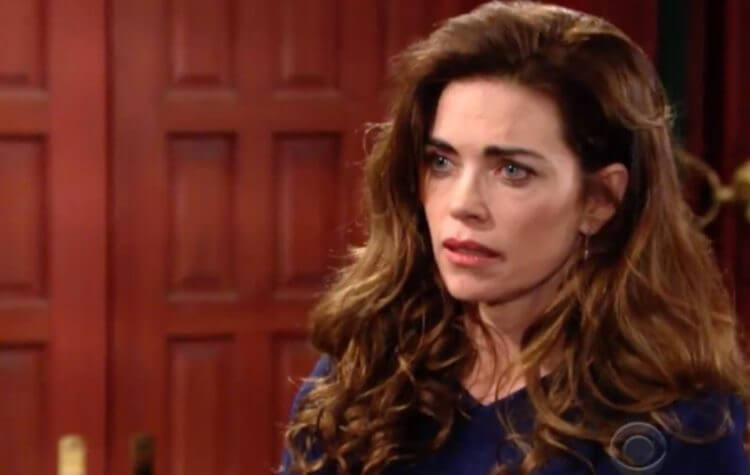 CBS ‘The Young and the Restless’ (Y&R) spoilers reveal that Victoria Newman (Amelia Heinle) may have finally reached her limit with her husband Billy Abbott (Jason Thompson). Although, is she really going to go through with it this time? We’ve seen Victoria take Billy back time and time again. Even arguing the fact that he “gets off” on having massive amounts of chaos in his life. Oh, and the fact that he almost murdered Adam Newman (Mark Grossman). Though deep down inside Billy’s still a “good guy”.

All of this isn’t even mentioning the fact that he has lied to Victoria about meeting Amanda Sinclair (Mishael Morgan). He lied like a teenager to his parents about the drink receipt right to Victoria’s face. Sure, he eventually came around and told her he wasn’t being honest about it, but should that make it any less painful for Victoria? Of course not. The fact is he lied, and his history of lying is good for him. The truth of the matter is he needs help. His gambling and alcohol dependencies are too much for him to handle and it affects his life tremendously.

CBS ‘The Young and the Restless’ Spoilers: Will Victoria Take Billy Back Or Has She Finally Reached Her Breaking Point!

When someone asks if you’re watching #YR at work…. 😉

Victoria calls back to his response of not loving Amanda Sinclair. He loves her. She calls it out that this isn’t love. Having to lie to someone you “love” just to go dump your thoughts and feelings to someone else isn’t what she’s looking for. Although, we’ve seen this between the two love birds before. It’s been an up and down relationship with Billy, and while he might be a good guy deep inside who’s just struggling with his own issues, Victoria may not be willing to stick around through it. That is unless he does get help. We’ll just have to wait and see what happens. Though, I think we can tell from the history that unless Billy has a sudden change of mind, he’s not going to change. He might run right back to Amanda about his fight with Victoria!

‘The Young and the Restless’ (Y&R) airs on CBS every weekday. Don’t forget to engage in the comments below with other soap opera junkies and let us know what you think. Come back to Daily Soap Dish for all the latest news, updates and spoilers on ‘Days of Our Lives’, ‘General Hospital’, ‘The Young and the Restless’ and ‘The Bold and the Beautiful’. For any other soap opera and entertainment news, please visit Daily Soap Dish.

British Royal News: Queen Elizabeth Heartbroken Over Not Getting To See Archie Harrison

CBS ‘The Young And The Restless’ Spoilers For February 27: Nikki Gives Billy A…