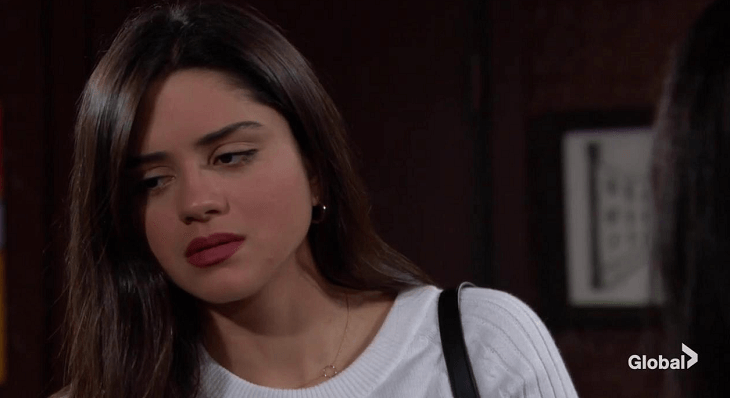 CBS ‘The Young and the Restless’ (Y&R) spoilers indicate that Rey Rosales (Jordi Vilasuso) and Lola Rosales (Sasha Calle) will have every reason to want to pack their bags and move back to Miami. That’s because both will be left devastated and heartbroken after realizing that the loves of their lives have been doing some questionable things behind their backs. Here’s what you need to know.

For the longest time Rey has been pinning for Sharon Newman (Sharon Case). Even though they certainly have their trust issues, there’s no doubt that there’s plenty of chemistry and passion between them. But is it enough for them to have a long lasting relationship? Perhaps not. Now that everyone knows Sharon is battling cancer, Rey is trying to be there for her as much as possible. But once again, she’s pushing him away. Instead of holding on to Rey by her side, she prefers the support of another ex: Nick Newman (Joshua Morrow).

With Lola, it looks like things are no different. While she and her husband Kyle Abbott (Michael Mealor) are happily in love in their marriage, they have been arguing a lot, and mostly about other people. That’s because Theo Vanderway (Tyler Johnson) keeps on interfering in their marriage. If that weren’t enough, Kyle might not be completely over his ex-wife, Summer Newman (Hunter King). ‘Young and the Restless’ spoilers tease that Summer and Kyle will share a passionate kiss and embrace after celebrating a new contract during their business trip to San Francisco.

Clearly, Lola and Rey will have a lot to think about in the coming days as it appears as though their love lives are in disarray. Needless to say, fans will have to tune in for all of the action!

‘Young and the Restless’ airs on the CBS network. Check your local listings for times. In the meantime, don’t forget to drop us a line with your thoughts in our comments section below. Also, come back to Daily Soap Dish for all the latest news, updates and spoilers on Days of Our Lives, General Hospital, The Young and the Restless and The Bold and the Beautiful right here. For more royal and celeb baby news, come back to Celeb Baby Laundry.

CBS ‘The Young And The Restless’ Spoilers: Will Victor Let Adam Step Back In At…