CBS ‘The Bold And The Beautiful’ Spoilers: Katrina Bowden and Sean Patrick Star In New Thriller 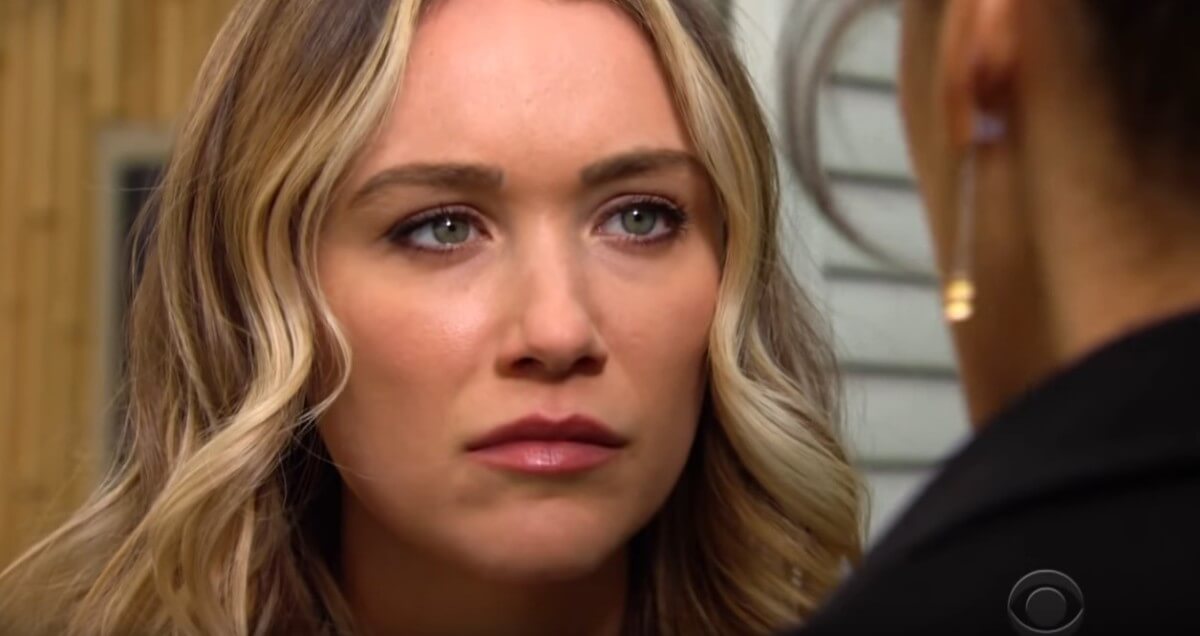 CBS ‘The Bold And The Beautiful’ (B&B) spoilers finds that Katrina Bowden (Flo Fulton, Bold and the Beautiful) and Sean Patrick Flanery (ex-Sam Gibson, Young and the Restless) are starring in a new werewolf thriller movie called Hunter’s Moon! In it, Bowden plays Juliet Delaney, and Sean Patrick Flanery plays a character named Martin Ellsworth. Of the script itself Bowden said that she gets loads of horror movie scripts and none of them are ever very good, but that this one was different. According to her “It stood out, in a very cool way.”

From the trailer, we can see that this is a story about one of those escape-room type adventure games that people go on. Instead of the game being a murder mystery or one of those other true crime whodunnits, however, we are regalled with actual werewolves being part of the game. Its being held during the occasion called “The Hunter’s Moon” and it looks like there’s a lot of screaming to be had! It centers around the investigation that a sheriff has to make when three teenage girls are terrorized by the town delinquents, but the trailer seems to offer a bit of a different view.

CBS ‘The Bold And The Beautiful’ Spoilers: Katrina Bowden and Sean Patrick are starring in a new werewolf thriller movie called Hunter’s Moon!

My new movie #huntersmoon will be released 3/24/20 @lionsgate The trailer is up now on @bdisgusting 🐺🐺 I’ve read a lot of horror scripts in my day…and most aren’t very good. But this one really stood out- it’s different in a very cool way. I can’t tell you why of course…you’re going to have to see it for yourself. . @cardcarrying_thomasjane @amandawyss @jaymohr37 @realdavidlabrava @india_ennenga @_empark_ @spflanery @dhillactor @xtopher1117

Bowden looks to be one of the main leads, judging from the movie poster that she posted on her instagram. However from the plot summary and the trailer, we can’t really tell much, if anything about who her character really is, but then we don’t know who Flanery’s character really is either, so I guess we’ll just have to watch the movie to find out. If Bowden says it’s cool, then there must be something special about it. Us B&B and Y&R fans will definitely be tuning in. While we see Bowden pretty regularly, it’s been a minute for Flannery. He was Sharon Newman’s love interest all the way back in 2011! Could he possibly make a comeback, given Sharon’s current storyline and how it looks like all of her old flames are rallying around her right now? It looks like Sharon’s going to need all the help she can get in her battle and it looks like her boys are going to gather around her. Maybe old Sam will reach out somehow. Well, anything can happen, truly. Stay tuned!!!

CBS ‘The Bold And The Beautiful’ Spoilers: Well Sally, You Sure Put Yourself In A…