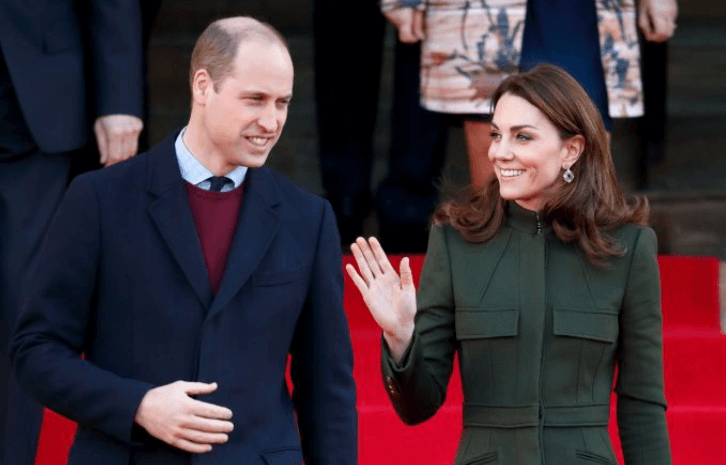 British Royal News say that Prince William and Kate Middleton are the new rock stars of the royal family. Now that Prince Harry and Meghan Markle have stepped down from their roles as senior members of the royal family, the Duke and Duchess of Cambridge are going to have the spotlight on them all the time. And their first post-Megxit appearance following Harry and Meghan’s seismic Instagram announcement was nothing less than a success. Here’s what you need to know.

Prince William and Kate Middleton made a royal appearance outside Bradford City Hall in England, where the couple attended a community project to help grandparents bond with their grandchildren. They were met with such roaring applause that Prince William himself told them to turn it down a notch. Turning to a group of fans, the future King of England said, “Hello! You’re the noisy corner,” causing them to squeal with glee.

Kate Middleton got the same kind of roaring reception from the crowd. British media reports say that their rock-star appearance sets the tone for the future of the British monarchy now that Prince Harry and Meghan Markle will no longer be in the limelight. The Duke and Duchess of Sussex have announced that they not only want to be more financially independent, but that they will also be splitting their time between the U.K. and Canada. In fact, Meghan Markle was even spotted in Vancouver earlier this week.

Now, whether or not Prince William and Kate Middleton will be forced to pick up Harry and Meghan’s workload remains to be seen. Earlier reports suggested that the Cambridges are the two royals with the least amount of engagements and workload completed year after year.

In the meantime, drop us a line with your thoughts in our comments section below. And also, don’t forget to check back with Daily Soap Dish for all the latest news on Prince William, Kate Middleton, Prince Harry and the rest of the British royal family right here. For more royal and celeb baby news, come back to Celeb Baby Laundry.

British Royal News: Meghan Markle Continues To Be Prince Harry’s ‘Rock’ As They…

British Royal Family News: Prince William Deemed The ‘Logical One’ In The Royal…