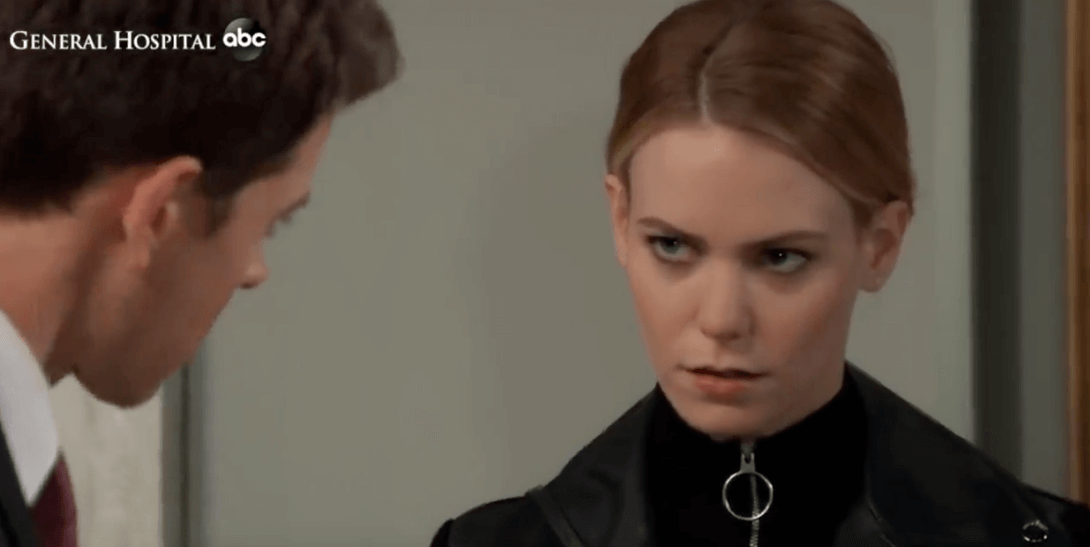 ABC ‘General Hospital’ (GH) spoilers tease that Ava Jerome’s (Maura West) nightmare situation with Ryan Chamberlain (Jon Lindstrom) might not be over yet. Sure, he might be holed up in Pentonville right now, but it looks like Nelle Benson (Chloe Lanier) might be doing his dirty work for him. After all, she does owe him big, doesn’t she? Here’s what you need to know.

Ryan Chamberlain truly is the gift that keeps on giving. But he certainly expects something in return, too. Ryan helped Nelle escape the clutches of life in Pentnonville by stabbing her way to freedom. While the plan definitely worked, Ryan isn’t the kind of guy that does something for nothing.

‘General Hospital’ spoilers tease that Ava Jerome is going to be freaked out when she sees Nelle Benson taking photos of her. While the two were certainly on good terms before, things have changed. A frantic Ava tells Nelle to stop right away, or she will have to take drastic measures herself.

Clearly, Ryan is still dangerously obsessed with Ava. And yes, he has employed Nelle to get all of the goods on her. But for how long Nelle will be able to do this, no one knows. Let’s keep in mind that Nikolas Cassadine (Marcus Coloma) is back in Port Charles and as much as he can’t live with Ava, he also can’t live without her. Ryan might have done a lot of harm to a lot of people, but it might be very difficult for him to get passed Nik in order to get through to Ava. Do you agree?

Don’t forget that ‘General Hospital’ airs weekdays, Monday to Friday on the ABC network. Take a look at your local listings for times. In the meantime, leave us a comment below with your thoughts. And as always, come back right here for all the latest news, updates and spoilers on The Bold and the Beautiful, The Young and the Restless, General Hospital and Days of Our Lives right here.