TLC ‘Welcome to Plathville’ Spoilers: Too Conservative – Is Micah Leaving The Lifestyle? 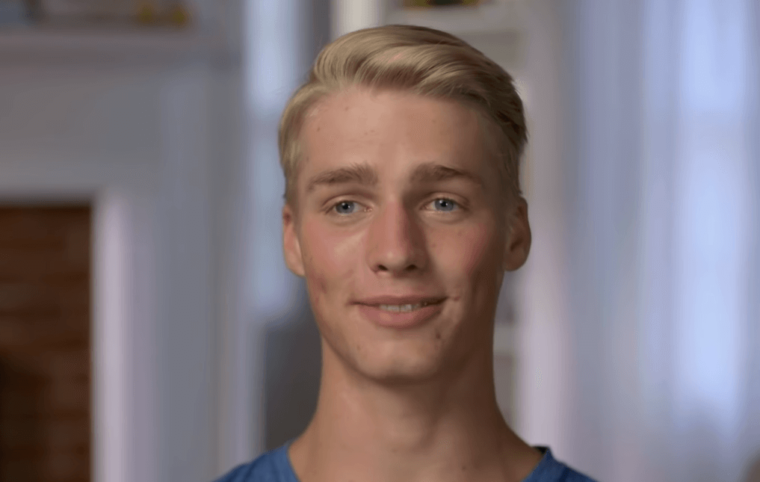 TLC ‘Welcome to Plathville’ spoilers finds that Micah got his first modeling gig and he was late. Whoops! Marsha Doll was there to bail him out fortunately and it’s better he learn at a small-time gig than at a big-time gig. Marsha schooled him and told him that there would be no getting away with that in NYC. Good thing he learned now! Then he met his modeling partner, a pretty girl, who Micah complimented by saying that she had the “deepest blue eyes he had ever seen”. He immediately followed this up by making things known about his parent’s uber-religious beliefs!

TLC ‘Welcome to Plathville’ Spoilers: Too Conservative – Is Micah Leaving The Lifestyle?

Apparently Kim and Barry are very, very uber-conservative and do not believe in even kissing before marriage. They believe in saving every ounce of intimacy for the big day. That may have been what worked for Ma and Pa Plath but it looks like Micah wants to try a decidedly different path. After all, he is an 18-year-old male Adonis with the world at his fingertips – of course, he’s going to want to sample a few things before settling down for the rest of his life. There’s nothing wrong with that, some innocence shouldn’t be frowned upon. But while Micah seems open to the idea of an innocent relationship with a girl, he really does not seem to be a fan of hookup culture.

He says that if he meets someone and has a connection with them that he would like to “keep the relationship” which, you have to admit is just adorable in this day and age. What will Mama and Papa Plath think of his opinion on their views and how he thinks that they’re too conservative? Well, that’s a can of worms that has yet to be explored, honestly. My prediction is, it will be Kim, not Barry, that hits the roof over Micah. I think Barry might be a little more apt to let things slide with Micah than he would be any of the girls, but then again I might be proven wrong.

TLC ‘Welcome to Plathville’ Spoilers: Who Knows, Olivia, Might End Up Being The Favorite Daughter In Law After All!

My prediction is also that Micah will find someone even worldlier than Olivia ever thought about being. Now that he’s into modeling and getting gigs, yeah sure he’s saving up for his own farm, but life has a funny way of laying to waste the best-laid plans. I’m not saying that he won’t accomplish his dream, not at all, obviously, he has a goal in mind. But he might get a little sidetracked on his way there. There are lots of pretty girls in the world of models and Micah could have his pick. He also has a leg up in the personality department, his soft, easygoing demeanor could attract the women in droves. But I think it might depend on which type of woman, Micah’s a lot deeper than what we initially give him credit for, from his admission last night you can see he’s looking for a very special type of girl. Here’s hoping he won’t have any trouble finding her.

TLC ’90 Day Fiancé’ Spoilers: Anna – Could There Have Been Domestic Problems With Her Ex-Husband?

TLC ‘Welcome To Plathville’ Spoilers: Moriah’s Sneak Attack On Her Parents – Will It Work Out?