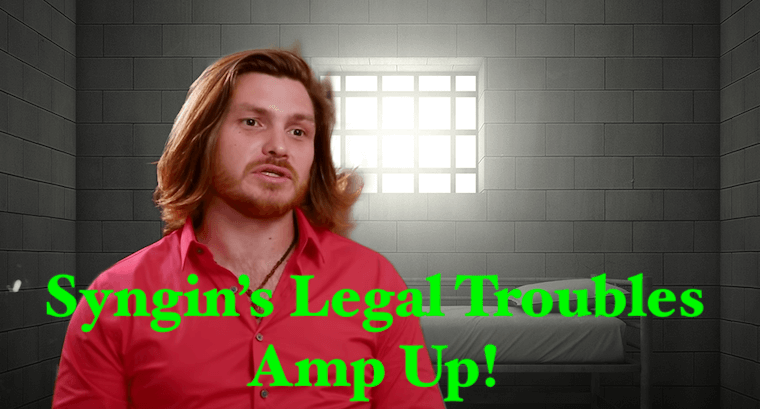 90 Days Fiancé spoilers finds that, trouble might be in paradise for Colchester because has reportedly been taken to court for possessing drugs. This is coming when he is in a bumpy relationship with his fiancée, Tania Maduro.

Syngin and Tania who are both 29 years old met after Tania traveled to South Africa to meet another man she met on a dating app. After her relationship with the mam did not work out, Tania still decided to go on the trip and she met Sygnin, who is a bartender. She went home with Syngin that night and ended up living with him for months in South Africa. The two have different dreams for their future, but are determined to make their relationship work.

Right now, Syngin has more than just the 90 day countdown to worry about. According to the reports, the 90 Day Fiancé star is now in big trouble with the law for possessing drugs. Reports say that he was in court answering to a possession charge  for being caught possessing weed this summer. It was reported that Sygnin was stopped when he violated traffic rules on July 26th in Connecticut – he was not wearing a seat belt. Sygnin was busted by the officer during the routine traffic stop. In his possession was less than a half-ounce of marijuana. Sygnin appeared on in court on November 26th for both traffic law violations and drug possession. The law in Connecticut states that it is a crime to possess even the small amount of cannabis. It is only a fine of $150 for the first offense however.

With rumors saying that Sygnin and his fiancée, Tania are no longer in a relationship, we have not confirmed yet if the drug possession he was charged with had anything to do with his residency and also his the status of his relationship. Right now, Sygnin’s biggest problem is that immigration officials might  see it as a more serious offense since the crime also broke the federal drug laws and this will become a big issue because the immigration is controlled by the Federal government. Despite the split with his fiancée, the 90 Day Fiancé star still has to face his legal issues in Connecticut. Fans will keep watching to see how their relationship plays out on what’s left of this season of 90 Day Fiancé.

For any other soap opera and entertainment news, please visit Daily Soap Dish. For more royal and celeb baby news, come back to TV Rocker.

TLC 90 Day Fiancé Spoilers: Is It All A Sham? LegalEagle Lawyer Breaks Down The…