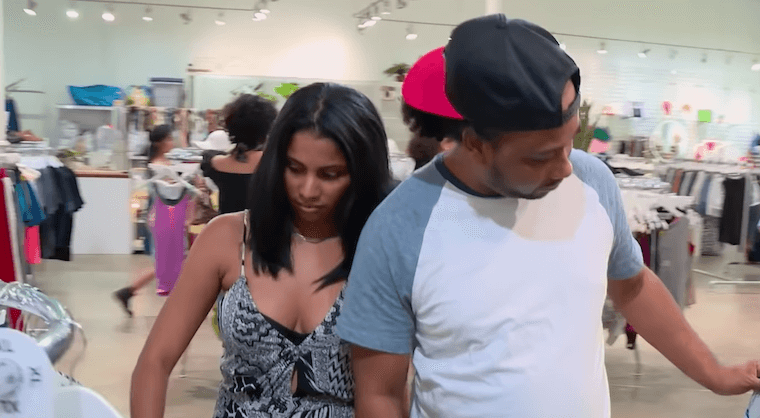 TLC’s 90 Day Fiancé spoilers indicate that we have seen a lot of intense drama with Anny and Robert. The two have been going through a lot of issues, including the realization that Robert has a bit of a checkered past. Anny, who lives in the Dominican Republic, has found out about other children that Robert has and she let him have it when she asked him to take pictures of his exes off his social media accounts. Just wait… There’s more!

You read that correctly, it seems that Robert may have a bit of a past in the criminal world. This is going to be a shock for Anny, for sure! Recently, we found out that Robert not only has one child, he has five children from four different women! This means that there has to be child support too, right? Well, Robert has been taken to court many times because he is behind on his child support. Is this the reason he can’t get Anny that new iPhone and why he shops at thrift stores?

Robert has had some legal trouble in the last ten years and it is all coming out, just in time for Anny to hear it! One of the mother’s took him to court in 2015 for back child support, but there was an agreement made between them in 2016. Robert has also been to court because he claimed to be a victim of domestic violence. Bryson’s mother apparently has a bad attitude and can get physical. This is why he has gone to court with her on these domestic violence charges.

Here are some other fun facts about Robert, his criminal charges, and lawsuits that he has been involved in. Bryson’s mother and Robert got into a fight in 2016 and the two of them went to court over domestic battery cases. Susan, his mother, supposedly threw objects at Robert and hit and kicked him. She ended up going to jail for this and Robert has full custody of Bryson now.

Driving without a license is something else that Robert has done in his life. In 2012, he was arrested twice for driving without a proper license. Because of the second arrest, Robert had to spend some time in jail, making his rent late, and then he was evicted from his apartment. He had to go to court three times for the eviction. Robert has spent quite a lot of time in court. Does Anny know all of this?

To find out more about Robert and Anny’s train wreck of a relationship, stay tuned for 90 Day Fiancé on TLC on Sunday nights at 8 p.m. EST.

TLC ’90 Day Fiancé: The Other Way’ Spoilers – Ariela Gets Defensive…