‘The Young and The Restless’ Weekly Spoilers: Devon In Trouble – Chance Gets An Attractive Proposal, Kyle Toasts To His Own Victory 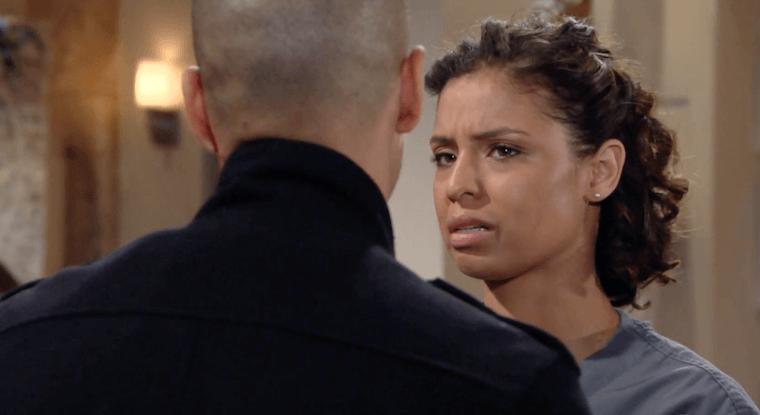 ‘The Young and The Restless’ (Y&R) spoilers update for Monday, December 9 to Friday, December 13 will tell us that we are in for some hidden truths and complicated situations. To start with, Abby Newman (Melissa Ordway) will have face the consequences and answer for the trap she deceptively set. Abby must have staged the jewelry robberies so as to get rid of Phyllis Summers (Michelle Stafford), so “Chance” Chancellor (Donny Boaz) is able to get the scoop.

‘The Young and The Restless’ Weekly Spoilers: Devon In Trouble – Chance Gets An Attractive Proposal, Kyle Toasts To His Own Victory

Chance won’t only be getting the scoop, he would also get an attractive proposal. ‘Young and the restless’ spoilers say that Abby Newman might tell Chance to stick around and work as her new head of security. Of course, she would want to date him. Expect Chance to accept the offer, as he would finally decide that staying back in GC would be of good benefit to him personally and even professionally.

‘Young And The Restless’ spoilers say Adam Newman (Mark Grossman) will have a lot to do. He will continue to tackle Connor Newman’s (Judah Mackey) issues, and at the same time needle Phyllis. Adam might talk about her growing connection with Nick Newman (Joshua Morrow), but Phyllis could also say the same thing about his own growing connection with Chelsea Newman (Melissa Claire Egan).

As for Devon Hamilton (Bryton James), he will continually think about Amanda Sinclair (Mishael Morgan). Amanda looks exactly like Hilary Hamilton (Mishael Morgan) and this will be too difficult for him to handle. He is in-between hating her and having feelings for her because of her face. Devon will likely keep Elena Dawson (Brytni Sarpy) from knowing the truth. He will battle with a secret, making his continual dreams of Hilary-Amanda could fit the bill. Devon will likely have more of those, worsening his inner battle.

As for Billy Abbott (Jason Thompson), he might remain drawn to Amanda, and his old habits will cause him trouble, so he could be in for some temptation. He may not cheat, but sneaking around and keeping secrets might be a thing of concern. Y&R spoilers let us know that Victor Newman (Eric Braeden) will get a report on Amanda, after pushing a minion to dig into her background, but he might not find much. It is clear Amanda is running from someone from her past, so she has laid low. The person is probably an abusive ex, a part which Victor may not be aware of. He only knows he doesn’t trust her.

‘The Young and The Restless’ spoilers will tell us that Mariah Copeland (Camryn Grimes) kicks Summer Newman (Hunter King). Mariah will probably find out that Theo Vanderway’s (Tyler Johnson) had decided to dump Summer, which could cause some kind of “Kola” alarm. Mariah cares about her married best friends, so she may tell Summer that Kyle Abbott (Michael Mealor) is off-limits. She doesn’t want Summer to cause Kyle and Lola Abbott’s (Sasha Calle) break up. As for Kyle, celebrating, he will toast to his own victory, which isn’t a good news for Theo.

‘The Bold and the Beautiful’ Spoilers: Steffy Pushes For Steam Reunion, Gets Up & Close To Ex Liam!

‘Days of Our Lives’ spoilers: Will Chad and Stefano’s plan fall apart?

CBS ‘The Young And The Restless’ Spoilers: Alum McKenna Grace (Ex-Faith Newman) Has…

CBS ‘The Young and the Restless’ Rumors: Kyle And Theo Continue To Battle…