‘The Bold And The Beautiful’ Spoilers: Karla Mosley (Maya Avant) Produces New Movie “He Was Asking For It” – What You Need To Know! 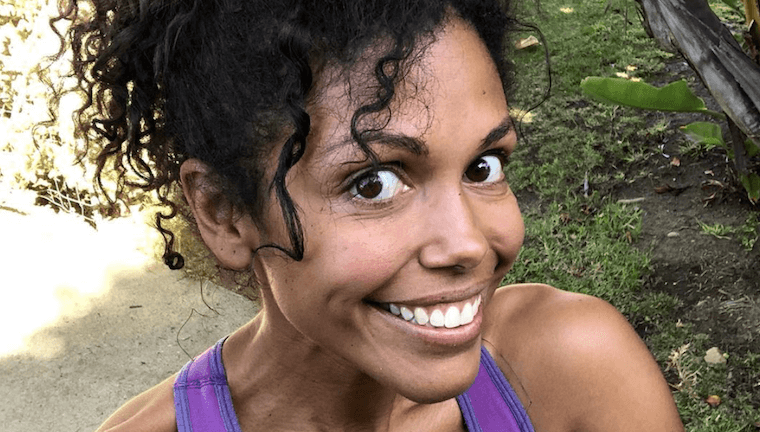 ‘The Bold And The Beautiful’ (B&B) spoilers found out that Karla Mosley, who plays Maya Avant on ‘Bold and the Beautiful’, has produced a new movie. She has been absent in the show due to the movie and spending with her family.

The movie that Mosley produced is called “He Was Asking For It.” Karla wrapped up production on July 2 of this year. The film features Mosley playing the role of Tegan. Mosley and Tina Huang are co-executive producers.Karla Mosley (Maya Avant), is from Westchester, New York and attended The Tisch School of the Arts, which is a part of New York University. She graduated with honors and she went to Roy Hart Vocal Institute in France. She was in a children’s rock group and she was in a children’s show called “Hi-5.”

‘The Bold And The Beautiful’ Spoilers: Star Karla Mosley Produces a Movie

She has been on B&B since 2013. Mosley was introduced to fans as Maya Avant, who soon had a romance with Rick Forrester (Jacob Young). Soon, B&B had some information about Maya out. Maya Avant is transgender, and this plot really drew many fans to her. Karla Mosley (Maya), and Tina Huang co-founded 1:1 Productions, LLC. The production company has a great mission. Their mission is to support women of color in front of the camera, and behind the camera. They call it 1:1 because the ratio of men to women in the world is 1:1.

They want their production company to be equal and represent everyone 1:1. The company’s goal is to make content that gets everyone excited, but also celebrates women in key roles on camera and in production. Since, “He Was Asking For It” wrapped up filming, Mosley is keeping herself busy with family and other projects too. She is also very politically active on social media platforms and an advocate for women of color everywhere. We wish her the best with her new company and film. To find out more about the short film, check out 1:1 Productions, LLC. ‘Bold and the Beautiful’ airs daily on your local CBS station. Check your local listing for channel number and times.

‘Days of Our Lives’ Spoilers: Stephen Nichols (Steve ‘Patch’ Johnson/Stefano DiMera) Stars In A Beauty and the Beast Christmas On ION Television!

CBS ‘The Bold and the Beautiful’ News: Jacqueline MacInnes Wood Gets Into…

CBS ‘The Bold and the Beautiful’ Rumors: Will Shauna Fulton Fight Her Way…

CBS ‘The Bold and the Beautiful’ Rumors: Hope To Give Birth To A…